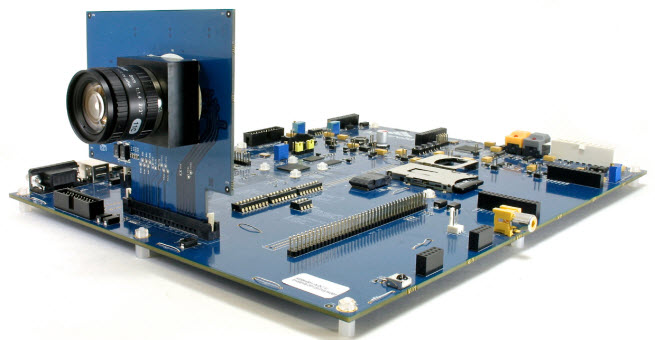 With Ambarella chips, a new generation of sports cameras and professional still digital cameras will be able to capture your action sports exploits in stunning detail.

The new video chips from Ambarella, based in Santa Clara, Calif., will be built into a variety of cameras: sports video cameras, mirrorless DSLRs (for high-end shooters), and digital still cameras that can capture huge amounts of photographic detail. So the next time you go skiing down a mountain, you can capture the whole run on video and stream it to your friends live. (And they’ll be able to see the freckles on your face). The company announced the new chips at the Consumer Electronics Show in Las Vegas today.

Those are stunning speeds, and they’re functions of the advance of chip technology, said Chris Day, vice president of marketing and business development at Ambarella, in an interview with VentureBeat. Ambarella launched its previous generation of HD video chips three years ago, and it has made many advances since then. The new A9 chip is built with 32-nanometer manufacturing technology, which allows for low-power consumption, high performance, and extended battery life.

The 4K technology is impressive. During the past year, the first 4K TV sets appeared but were priced in the tens of thousands of dollars. The cost is getting lower, and Ambarella wants to drive the technology into the consumer camera market, Day said.

With the new A9 chips, you can capture still images at fast rates. You can, for instance, capture 60 12-megapixel still images each second. That makes for a mighty awesome digital still camera. Ambarella, which went public last year, designs on low-power HD video compression and image processing chips.

The A9 is available now.

The company has 440 employees and was founded in 2004. Rivals include large Japanese and Korean companies that make their own chips used in their high-end video cameras.