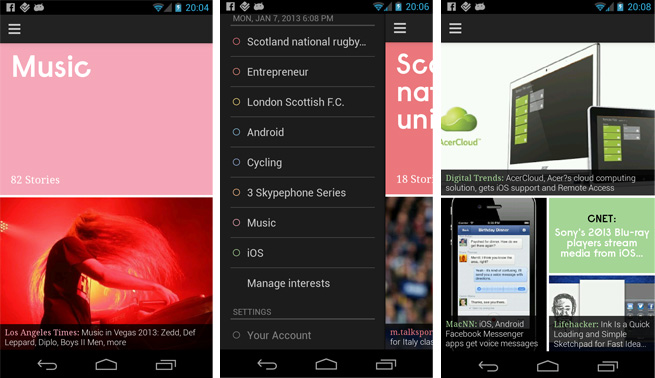 A year ago, the team at Inq made an extremely tough decision. After spending years working on mobile hardware, including a “Facebook phone” of sorts, it decided to focus exclusively on mobile software.

Inq is probably best known as the manufacturer of the so-called “Facebook phone” back in 2011, a smartphone that offered extensive Facebook social integration — and not officially branded by the social network giant. But in early 2012, Inq’s endeavors to build Android phones went completely bust.

Now, with its soon-to-launch social news app Material, Inq can finally show what it’s been working on all this time.

“We’ve finished up with hardware a year ago, and we’ve been working our app engine since then,” Inq CEO and cofounder Ken Johnstone said last night at a CES 2013 event.

The 45-employee Inq team has been working hard on a “topic extraction engine” that powers Material’s backend, which will eventually power other Inq apps. Like Flipboard, the relatively new Grokr, and other social news apps, Inq’s Material recommends news using what’s happening in your Facebook and Twitter feeds on a daily basis. And while your “interests” change every day depending on your activity, it has an option to can make interests permanent.

Material also “learns with you”: If you are reading a certain topic every day, it prioritizes that topic higher in your feed. Say you follow a sports team on Facebook or Twitter; Material knows to give you important updates about that team. But when the offseason hits and news is sparse, Material won’t give you updates unless big news surfaces about your team.

I looked at Material last night, and it appears quite polished. My favorite aspect of the app was the design, which bursts with color and beautiful photos. Johnstone, who was previously the product and design director of Inq before he was elevated to CEO, said his career background contributed to the decision to make design a priority.

“We liken this to the publishing world,” Johnstone said. “Focusing on design is so important for magazines, for example. We want the design to be well done and the barrier to entry low. It makes the app very easy to get into.”

Material will launch in the next few weeks on Android, and be available on iOS in a few months, according to Johnstone. We will take a closer look at the app once it becomes available to consumers.

Inq is a subsidiary of Hutchison Whampoa and was founded in 2008.

Check out more photos of Material below. 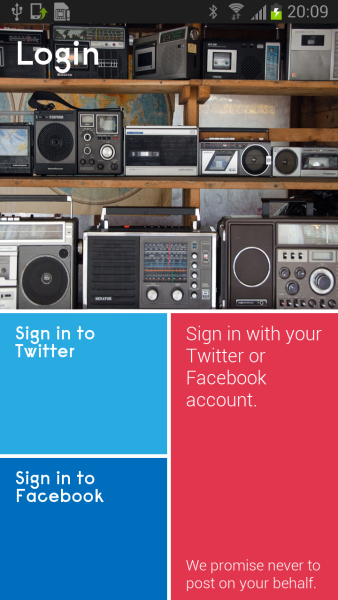