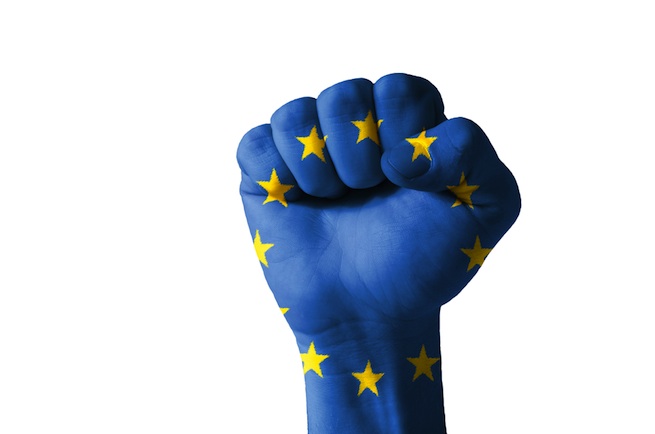 This post was co-authored by Faruq Ahmad and Priss Benbow.

Could 2013 spell the start of a stronger U.S.-European relationship for technology and other growth companies? As Europe languishes and Asia matures, enterprising European entrepreneurs will revitalize their links to the U.S. and expand via Silicon Valley.

Gerard*, a youngish CEO of a 50-person European software company, is struggling to decide if he should hunker down and ride through a dismal sales outlook at home, or take his chances by investing in a U.S. expansion plan by establishing a Silicon Valley beachhead.

In Europe the economic outlook seems bleak, business remains bureaucratic and expensive, and it is difficult to raise venture capital for growth.  His major customers and new competitors are in the U.S., and he worries that disruptive new technologies in the pipeline will make his product line obsolete. He knows that he needs to better integrate social networking tools into his product line, and that mobile usage is skyrocketing. He feels he is always a step behind the startup companies he reads about.

While today he has both the cash and a mandate from his Board to deploy it for growth, he foresees fewer degrees of freedom in the future if he doesn’t act soon. He feels the urgency: if he does not take steps to expand his options, his company will fall behind. Or, perhaps, be acquired for a pittance and he will be out of a job.

What should Gerard do and how should he go about it? How can he stay connected with leading edge technology developments, avoid losing market share, and build his global brand? Business as usual is not an option, but missteps can be risky.

*Gerard is a fictional composite customer

Europe and The U.S.: Yesterday, Today, and Tomorrow

According to The Economist, the relationship between the U.S. and Europe is the closest and richest in the world, accounting for about half of global GDP, nearly one-third of trade, and is the basis for the world’s most important military alliance. The U.S. and Europe are indispensable partners and share values going back to the Magna Carta.

Over the last decade, the growth markets in Asia boomed. Led by the dramatic rise of China and India, companies capitalized on their low-cost labor advantages, and a billion new middle class consumers began to flex their purchasing power. In China, massive investment and government policies spurred manufacturing and trade. In India, the 2000 Y2K crisis catalyzed its software outsourcing and services industry.

These growth markets in Asia face a predictable pause ahead as India and China mature economically and Asia’s furious rate of growth moderates.

In 2013, U.S. growth is expected to be positive, while Europe is frozen in intractable recession.  In the U.S., Silicon Valley has the world’s most vibrant ecosystem for innovation and, as a result, the continuous cycle of new industry creation fed by inventions, entrepreneurship, and capital continue to drive investment.

By expanding to Silicon Valley and engaging with its ecosystem, a European company can gain competitive access to the dynamic U.S. market.

The European economy is limping in austerity, and the U.S. is beginning to run. Most experts predict Europe will stay in a deep, stagnant economic recession throughout 2013, so that European companies with growth prospects can anticipate higher growth in the U.S.   For those visionary European CEOs with steely resolve, the current lull in the U.S. economy is an opportunity to gain market share and traction.

The European economic crisis has and will manifest itself in several ways for growth companies there, specifically:

Negative economic growth is forecast for 2013, in an environment of strict monetary policy.  Business is moribund. In contrast, U.S. growth is expected to be positive.

During the first quarter, 27 European venture-backed companies were acquired, a 46 percent drop in deals from the same period last year, and two companies went public, down from three initial public offerings (IPOs) in the first quarter of 2011. In contrast, in the U.S. 86 companies merged or were acquired, and 19 IPOs with a 10 percent increase in dollar amount from the prior year. The pipeline for 2013 looks strong. A 2012 year-end survey by NVCA (National Venture Capital Association) looks ahead to strong funding in the U.S. in 2013, and a weak environment in Europe.

Who is best poised to pounce?

The following categories of European companies should consider expanding operations into the U.S.:

As a rule of thumb, the U.S. market requires a minimum of a two-three year commitment to get established, so that the company should be prepared to fund operations during this period. U.S. venture capital investors are less likely to invest in a company that is not established in the U.S., so that the company should plan for its budget accordingly.