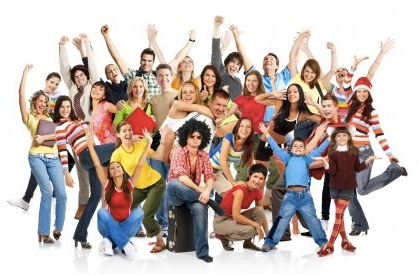 This is a guest post by Bill Bricker, a Big Data sales specialist with IBM.

Imagine if your favorite neighborhood bakery or a local start-up conducted an IPO. Could personal relationships drive local investments and investor profit? In economic times like these, investment in their neighbors will appeal to investors of every stripe.

The purpose of this post is to do my small part in helping convince our regulators of a much needed change.

Thanks to the work of Jason Best and Woodie Neiss, pioneers of the Startup Exemption, and many others, President Obama signed into action the JOBS act in April of last year. (See this JOBS Infographic). This represents a fantastic first step towards unlocking a giant growth opportunity in the United States.

Despite this progress, much more work remains. President Obama signed the legislation nine months ago, yet hundreds of companies still sit on the sideline (Crowdfunder, Angellist, WeFunder, Crowdtilt, Fundable, etc.) awaiting final approval from the government. Profounder stands as a prime example of Washington’s onerous tone toward small business. Their offense? Being awesome (but alas, too soon).

Jason and Woodie wrote a good piece on VentureBeat regarding the convoluted way the SEC actually used the new JOBS bill to make things more confusing.

Calls to get this country back on track still resonate from Capitol Hill, so here is the question I propose to Mr. Obama. You’ve been given another 4 years to help repair the economy, so do you actually want to “Change” for the better? Let’s see this bill through and allow the power of Crowdfunding to fertilize our home turf.

The opposition’s case against crowdfunding stands on one primary principle. They fear that loosening investor “protections” might expose inexperienced investors to fraud. Upon further investigation, the UK and Australia, for 2 and 7 years respectively, reported zero (ZERO!) instances of fraud within the crowdfunding community. Let’s contrast that fact with this fun list:

Any non-accredited, “protected” investor could have put their money into these companies. How does that add up? Where was their protection? I’m not arguing that the government needs to be responsible for investment losses. I am arguing that the protection argument regarding small businesses is mostly BS.

Wall Street encourages behind closed doors transactions, executive deals and governmental bailouts. Crowdfunding encourages transparency and community building. Wall Street says to invest in the big guys, who won’t think twice to cut 10,000 jobs at the mercy of an analyst report. Crowdfunding supports investing in the little guy with a dream. Which do you think sounds better?

Is it me or does this feel a little bit like the opposition just doesn’t want a change in the status quo? Could it be, perhaps, to protect their profits and personal interests in a closed system?

Proclamations of a talent drain from the U.S are the norm these days, but I’m not sure if I necessarily buy that. Yes, we’ve moved down in the education rankings and yes, jobs are being outsourced – I get it. However, I think Americans have consistently proven themselves to be able to think outside the box. Abstract thinking and dreaming big are how we got to where we are today. For all the problems we have today, we’ve been a thought leader and global force for over two centuries.

Now the issue remains that for the past 2 or 3 decades, give or take, we’ve been caught resting on our laurels by the rest of the world. Thomas Friedman and Michael Mandelbaum describe this eloquently in their book “That Used To Be Us”, which I highly recommend.

On a related note, Immigrants aspire to be educated in our world-class university system. Yet once they are done, they face the harsh reality of a complex immigration system and limited opportunities to put that world-class education to work. Limited in the U.S., that is; if more attractive business opportunities present themselves outside of our country, what are the logical next steps for these educated individuals? Go elsewhere.

Instead of focusing on the education material, or hiring more teachers, we need to focus on the Education Mindset. It’s time for a dramatic paradigm shift in what we define as a career. The answer: Empowerment. Empower our students with the mindset to think differently and to challenge the status quo. Empower them to stop being worker drones and start being entrepreneurs. A better way to do business will arise for those who will work hard enough and smart enough to find it. A keystone of the empowerment puzzle lies in opening the “system”.

The internet has essentially leveled the global business playing field. And yet, the United States, usher of the technology age, still maintains antiquated regulations that actually make it harder for new entrants to compete.

So we come full circle to the proposed solution: Crowdfunding. Some argue this could be a trillion dollar marketplace. There are nearly 700 crowdfunding websites waiting for an open, fair marketplace to compete to be the funding platform(s) of the future. Millions and millions of Americans are loaded with great business ideas that have the potential to innovate, create jobs and change the world. They just need a chance.

The ball is rolling thanks to a bunch of very hardworking people. The next step depends on the government getting out of the way. America, let’s take advantage of this tremendous opportunity at hand before it’s too late.