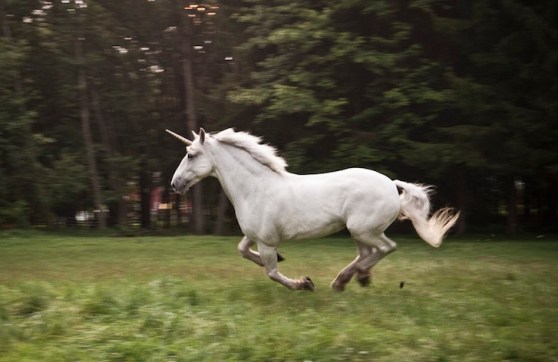 Victor Ho is the CEO and Co-Founder of FiveStars.

If you are the CEO of an early stage startup, or are thinking about starting a company in the near future, you’re probably thinking about how to build your team.

There’s one very important yet often-overlooked piece of advice I would like to give you: Getting the very best talent–the “unicorns”–and not settling for “B” players is the single most important factor in success for startups.

When you decide to enter a market, there will almost always be competitors, and they’ll likely have comparable ideas, technology, or funding. Thus, success for a startup is often determined by one fundamental thing: your team.

At FiveStars, we’ve been able to recruit top-tier talent from Silicon Valley companies such as Facebook, Google, and Apple all within our first year and half of operations. In this article I’d like to share with you how we were able to accomplish this as a young company, because if you have the right idea and the right team, your startup will be much better equipped to outperform the competition.

Step 0: Get to Proof-of-Concept.

If your entire business still lives on Powerpoint slides, you’re probably not ready to start thinking about recruiting yet. Unless you’re Mark Zuckerberg and you can convince people to come on board solely through the cachet of your name alone, the first step is to actually go out and prove that you have a good fit between your product and the market.

For my co-founder Matt and I, this included shutting ourselves in a room for three months and teaching ourselves to code (we both come from non-technical backgrounds). We were accepted into Y Combinator on the basis of the prototype we developed, and then spent the next two months knocking on thousands of doors, learning to sell to small businesses.

We raised our first $2 million seed round based on these early results. It was only after demonstrating this early proof-of-concept that we had the credibility to engage meaningfully with top-tier recruits. If you don’t think you can get your idea through to proof-of-concept, it probably makes sense to stop reading and pull up an article about finding the right co-founders.

Armed with early validation and a pinch of charisma, you will be surprised at how many people are willing to take you seriously. At this stage, many founders are so used to being holed up in a dark room eating ramen for months that they are afraid to truly “think big” about the type of people they can recruit.

Our first big hire was a VP of Sales. After getting over our fear of rejection, we emailed 400 of the highest-profile sales executives we could find on LinkedIn. Nearly all of them responded (even if just to say no), and we ended up selecting 40 to interview before settling on the one we hired.

As a founder, recruiting is your job at the earliest stages. However, I believe you should hire (or appoint) a full-time recruiter as soon as you can justify it. If you truly believe that recruiting top talent is the single most important thing you’ll do as a startup, how can you not have someone who is accountable for it and focused on it full time?

It’s important to have a strong sense of what you want from a new hire in terms of culture, life outlook, demeanor, values, etc. You should be relentless about finding the perfect fit, even though it takes longer and there will always be the temptation to bring on people who are “good enough” to start moving the business forward.

Being excellent at recruiting requires you to devote a ton of resources to pursuing the people you give offers to. It’s easy to become enamored with a person and forget to see the bigger picture. For instance, perhaps a particular candidate has the perfect qualifications but doesn’t have the right risk profile. If you’re not great at filtering in this case, you’ll end up wasting a lot of time chasing after someone who will either never take the leap to join your company or, if they do, may be too reserved to be the very best for that position.

Most of the time, you’re actually attuned enough to your gut to know when someone doesn’t fit “just right.” The hardest part of filtering isn’t learning to ask the perfect questions or how to read people, it’s being willing to say no (in the face of pressing business objectives and tight timelines), when your gut tells you something is not quite perfect.

Step 4: Show The Candidate Why They’re Perfect For The Role.

Now that you’ve identified the person who is perfect for your organization, you just have to help them see it. Chances are, your company is a better fit for them than their current one because you’re much more stringent in filtering than most. Have open, vulnerable conversations with them. Make sure they understand why you’re starting a company, what motivates you, what your values are, what your culture is. Help them understand the company holistically, even aspects beyond their immediate department such as end game goals, vision, and mission. Many of these things would turn off a lot of people, but if you’ve filtered well then it will be a major selling point to your target.

Step 5: Show The Candidate That You Care About Them.

This is where all the cool recruiting tips and tricks come in. People usually talk about this part, because the “wine and dine” is the most sexy. However, it’s just one small step of many. That said, it’s still very important. Have dinner with them or take them out for drinks.

I strongly believe in the “have dinner 2x rule,” which allows you to move past the superficial and really get to know someone. For example, during our second dinner with our top candidate for a senior UX/UI designer, we found out that she was headed to Napa for the weekend. We called 40 hotels across Napa before we found hers and sent her a bottle of her favorite bourbon, jotted down after an offhand comment she made during dinner. Her ten friends then all drank it together and peer pressured her to join our team. The reason this was successful was not because we sent her expensive alcohol, but because it showed her that we were listening and that she was our priority number one.

Recruiting almost always ends up de-prioritized, even in spite of conscious effort not to. At a fast-moving start-up it takes a large upfront investment, and you don’t see the fruit until months later when your new team member is onboard and fully up to speed. When we entered the loyalty market, there were dozens of other players who were better funded or had been in the market for longer. I’m convinced that we were able to become the market leader not because we were that much smarter or worked that much harder, but because we focused wholly on attracting the best people as priority #1.

It took a lot of discipline and up-front investment, but it has paid off (and continues to pay off) in spades. 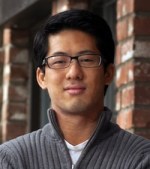 Victor Ho is the CEO and Co-Founder of FiveStars, a venture-backed startup building the first loyalty automation platform for local businesses. Previously, he was a consultant at McKinsey & Co. in New York, where he helped multiple Fortune 500 companies build and manage their loyalty and customer retention programs. He was recently selected to Forbes 30 Under 30 list.  Victor holds three degrees from the University of California, Berkeley, and is a Rubik’s cube enthusiast with a personal best of 45 seconds.