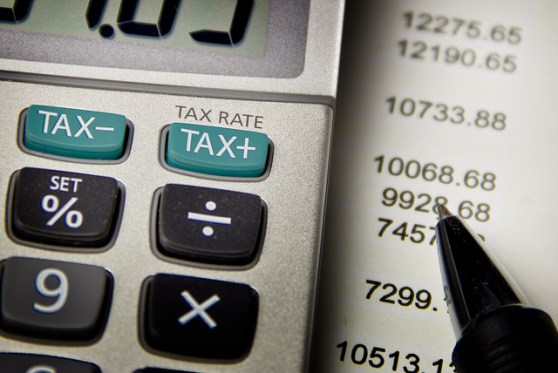 Nicolas Colin is the author of a controversial new report commissioned by the French Government about the tax system and the digital economy.

Last July, the French Government asked Pierre Collin, a member of the French Conseil d’Etat, and myself to draft a report on the taxation of the digital economy. As an independent task force, our role was to recommend changes to national and international tax rules to take better account of value creation by digital firms. The report was published a few days ago, in the context of fiscal austerity and attacks on companies that avoid paying their fair share of tax.

Since then, some of our recommendations, including the idea of an “Internet tax” based on data collection, have stirred a controversy both in France and abroad. This article explains how we came up with our conclusion and why we urgently need to reform our tax system so that it finally fits the way value is created in the digital economy.

The digital revolution is old news now, yet only lately have most people begun to get a feel of its full implications. As it becomes mainstream, the digital economy gets everywhere in our lives. It permeates our days and nights. Inspiring startups or global corporations disrupt entire industries with their intensive use of IT, innovative business models, iterative design, and a powerful leveraging of data originated by user activity.

And yet official statistics utterly fail to measure all this. Multi-sided business models with a predominance of free services are one reason for this failure. Our inability to add data as a primary economic category, just like goods and services, is another. The reality may be that much of the value generated by the digital economy is not captured by official statistics, and therefore leaves our countries unnoticed and ends up in the accounts of offshore companies.

In our common effort to reduce public deficits and invest in the future, giant tech companies do not pay much.

To better grasp this economy, we must revise many assumptions. A first step is to reconsider the role of data in value creation. In the digital economy, regular and systematic monitoring of user activity allows companies to make intensive use of data in all sorts of ways. Indeed, user data is not exploited only to target advertising. It can also be leveraged to customize a product, make purchase recommendations, maximize producer surplus by adjusting the price, better match supply and demand based on trust and reputation, measure and improve the performances of an application through A/B testing and growth hacking, fuel innovation efforts to ship new applications, and nurture entire ecosystems with platform-as-a-service business models. In short, the digital economy turns business into a Moneyball game, in which leveraging data leads to global scale development and higher profitability.

Because data can be stored, aggregated and reused in many ways, user data is in effect put back into the supply chain where it creates value on the long term. As the value flowing from user data has a ripple effect on all the sides of business models, users become part of business operations, thereby blurring the line that used to separate consumption from production. As with content creation or customer support, users tend to replace employees and contractors in the supply chain. And because users are not paid like employees (and they do not want to be for fear of corrupting the product), their “free work” allows tech companies to reach the highest economies of scale and massive profitability.

In our common effort to reduce public deficits and invest in the future, giant tech companies do not pay much. User activity is sustained, even enhanced, by massive public investments in education, social insurance, or broadband networks. And they didn’t build that.

On the contrary, every big company in the digital economy has a very low global taxation rate. The value of their intangible assets soars because of network effects, but those assets are located in tax havens where they attract most of the profits (since these companies don’t pay dividends, they can locate their profits anywhere). Also, in multi-sided business models, it’s easy to spread the side that collects data on every domestic market while concentrating the side that makes money in a single country from where the profits are easier to transfer towards tax havens. Finally, unlike old companies, young tech companies were designed from the very beginning to play with international tax competition and bring down their taxes to the lowest level, thus making painful and risky business restructuring unnecessary.

Meanwhile, the tax law has not kept up. According to international tax laws, corporate profits should be taxed where corporations have their headquarters. In the digital economy, it’s easy to choose a headquarters’ location based on where the taxation rate is the lowest. Only when there’s a permanent establishment can a country without a headquarters levy a corporate tax. But the definition of a permanent establishment is gravely out-dated and completely misses the digital economy.

The need to tackle this problem has become urgent. The data-driven economy generates lower prices for consumers, yet does not translate into net job creation. In our global economy, the massive consumer surplus generated by free services is primarily spent on the consumption of imported goods. This is one reason, among many others, why the digital economy means fewer job creations than the optimistic views of the nineties led us to expect. Maybe it’s because governments need the additional revenue to implement policies designed to stir job creation in the digital age (or levying taxes on the digital economy would allow cutting them for other taxpayers).

We have to act even faster because, as Marc Andreessen so accurately put it, the digital economy is eating the world. In every sector, innovative tech companies make their way into the value chain, focus on the most strategic point (usually client or user relationship), collect data, and leverage it to siphon off the profit margins from entire industries. The Internet of things only accelerates this process, as it enables tech companies to grow beyond pure-playing business models and enter new markets, like payment, cars or energy.

As the digital economy keeps growing, every sector’s margin will be relocated abroad, disappearing from our GDP and depriving the government from additional revenue that should normally ensue from higher productivity. Now, productivity growth without job creation and more fiscal revenue is unprecedented in economic history. And the digital economy will not create jobs without public policies designed both to support its development and to help productivity spread across the entire economy. Tax policy is part of what it takes to complete Schumpeter’s process of creative destruction.

The report I wrote with Pierre Collin mainly recommends that developed countries recover the power to tax profits made by giant tech companies. Corporate tax is the best way to tax corporations. It’s neutral and gets revenue only from profitable companies. Yet tax laws ignore the very fact that each time data is involved, users become part of the operations.

A new definition of a permanent establishment must be introduced, grounded in the fact that users play a key role in digital value creation.

Therefore, corporate tax must be reformed to adapt to the digital economy. A new definition of a permanent establishment must be introduced, grounded in the fact that users play a key role in digital value creation. Through user data, value is created where applications are used by people, not only in Bermuda or in the Cayman Islands. Accordingly, the goal should be to have a permanent establishment each time data is collected on a domestic market to fuel a business targeted on that same market. The amount of profits that should be declared to the local tax authority would diminish profits transferred to pay for intangible assets located abroad, depending on the number of users and the intensity of data collection.

Obviously, no country can reach this goal alone. Negotiations must begin at both the EU and OECD level to obtain new rules on the allocation of taxation power and change bilateral tax treaties. A new definition of a permanent establishment, specifically introduced for the data-driven economy, should be based on the notion of users as co-creators of value. Ambitions to tackle tax base erosion and profit shifting have been voiced by many governments, the OECD, and the G20. Negotiations could begin as soon as this year.

As a secondary proposal, Pierre and I also propose that, while we negotiate in the OECD, France gain leverage by taxing certain data collection practices. Data is in effect the only tax base that ensures neutrality across the whole digital economy. But as the value of data is not yet mastered, the goal should not be to tax data collection per se. Instead it should be to create an incentive for businesses that rely on regular and systematic monitoring to adopt compliant practices in favor of user empowerment and innovation.

This tax can be compared to the concept of a carbon tax, which grew out of the 1997 Kyoto Protocol on climate change. It would tax 1) any company 2) that collects data through regular and systematic monitoring 3) from lots of users based in France and 4) that refuse to comply with stronger privacy and user empowerment requirements. In the end, it provides incentives to firms that better inform their users and open up APIs to enable smart disclosure, as defined by Cass Sunstein (the “timely release of complex information and data in standardized, machine-readable format in ways that enable consumers to make informed decisions”).

It should come as no surprise that tech companies take advantage of out-dated tax rules: it is in their interest as well as in their shareholders’. The issue is not to force corporations to comply with rules that do not exist. Rather, the goal should be to change the rules, allocate the power to tax profits to every country where these companies have operations, and acknowledge that in the data-driven economy, users themselves have become part of these operations.

I think this reform will be a relief for these corporations, as it will allow them to focus on creating value instead of dealing with the growing anger of politicians, public opinion, frustrated competitors, and the media. Above all, I’m convinced that including user data collection in the definition of a permanent establishment and the determination of arm’s length transfer prices would be a major step forward in our common efforts to open up a global debate on the real value of big data. In the meantime, that the reform of international corporate taxation could be achieved through the advanced promotion of smart disclosure should be welcomed as good news by all those who are in favor of innovation and user empowerment.

This post is part of a series produced for VentureBeat by Singularity University. It represents the views of the author and not necessarily those of Singularity University. Just like the report about the taxation of the digital economy, this article has not been endorsed by the French Government, who hasn’t yet taken a position on our recommendations. Clyde Long de Lugo and Laetitia Vitaud helped draft the article.