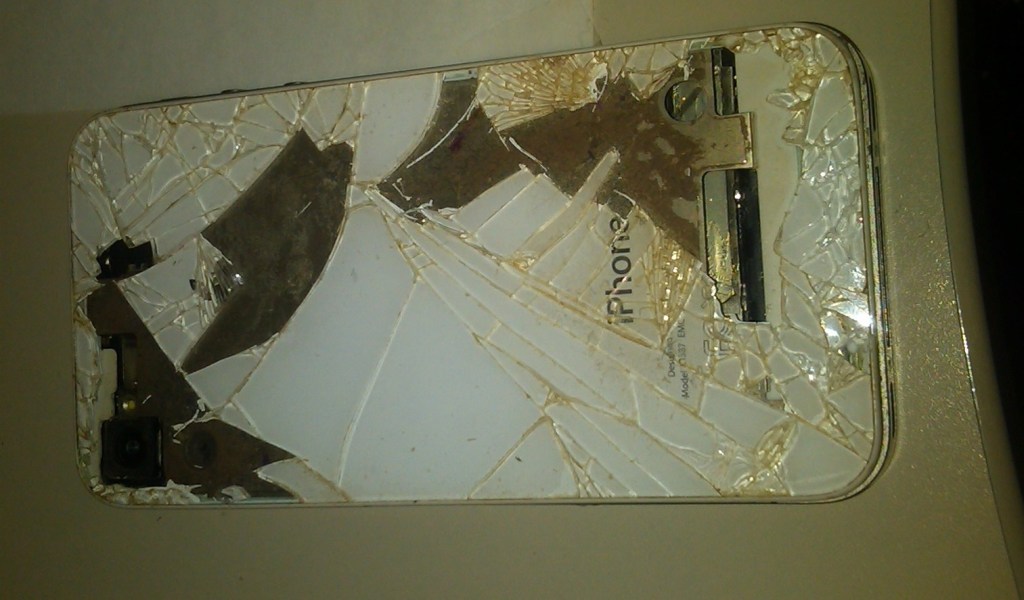 New York marketing manager Shibani Bhujle says her iPhone spontaneously combusted, burning her fingers, and then oozed acid when she tried to remove the battery.

“My iPhone was on a coffee table and randomly the power went off,” Bhujle told VentureBeat via email. “It was not on a charger or charging. In the next minute, I smelled fumes and picked up my iPhone, which was extremely hot.”

Bhujle says she tried to turn the phone on, which didn’t work, and then as the phone continue to heat up and emitted a burning smell, she panicked and tried to remove the battery by prying open the back of the iPhone. As she did so, the battery, she says, was “in the process of melting and oozing liquid (acid).” 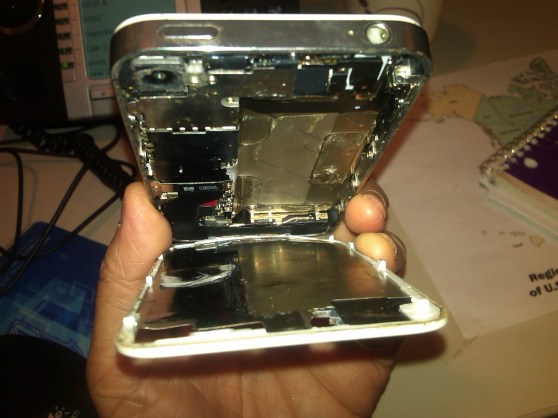 Opening the iPhone — not a user-serviceable device — may not have been the smartest idea. But, as Bhujle told VentureBeat, she was panicking, trying to save her phone, and attempting to avert a worse fire. She ultimately did manage to succeed in removing the battery, which she claims was swollen and partially melted or bubbled. 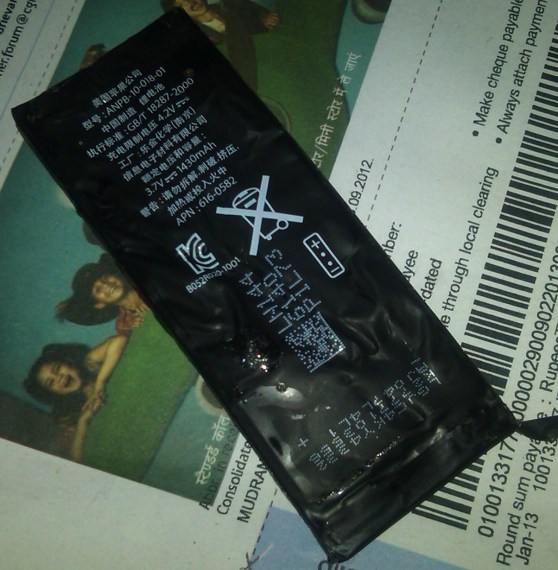 “If I was not present around my iPhone when this incident occurred, it had the potential to cause serious property damage and became a serious bodily hazard,” Bhujle says.

This is not the only smartphone — and not the only iPhone — to have allegedly spontaneously combusted. A Motorola cell phone burned a hacker’s butt (you can’t make this stuff up) when he was carrying it in his back pocket at DefCon in Vegas last summer. And an iPhone battery fire allegedly caused an airplane flight delay in 2011, when an improperly installed screw punctured the battery.

Bhujle says the unpleasantness did not end when she took the phone to an Apple store for repair or replacement. 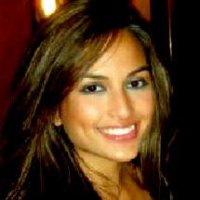 She has talked to numerous Apple employees, she says, with no resolution. A genius bar appointment yesterday also resulted in no resolution — although Apple wanted to take the phone from her, she says. And Bhujle maintains that various calls with managers and staff at Apple’s 14th street store in New York have left her with a response that Apple will not be offering her a replacement phone.

Which has Bhujle, understandably, more than upset.

“This is a product defect with the battery that Apple is refusing to acknowledge and trying to hide … as of now, they have brushed this under the carpet and left it at that. I am in disbelief that they have not even offered a replacement device when it is a manufacturing issue.”
I’ve had pretty wonderful experiences with Apple service myself on the rare occasions when I’ve needed to use it, but I have reached out to Apple with Bhujle’s story and will update this post with any comments.