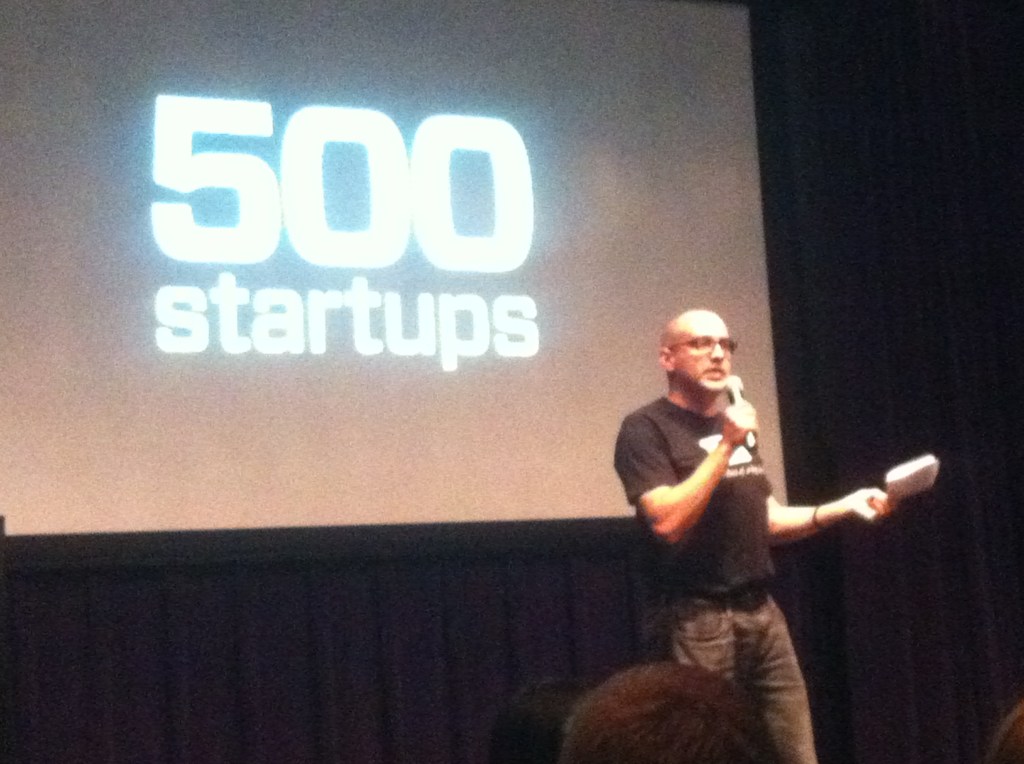 The 15 startups to present in the first round of 500 Startups Demo Day are taking on a wide range of industries and markets. The founders hail from America, Europe, India, and Latin America, and they are developing innovative ideas about e-commerce, marketing, payments and more. Check the companies out below.

CompStak says it creates transparency in commercial real estate by crowdsourcing information that is often hard to find, difficult to compile, or not unavailable. It sells the data to brokers, firms, and large real estate property owners. It has made a significant dent in the New York market and recently launched in San Francisco. Founder Michael Mandel is a former a real estate broker. He said half a trillion dollars in commercial real estate transactions happens each year, and CompStak helps them make these deals. It has raised a over $1 million so far and is raising more to promote growth. The headquarters is in New York.

Waygo powers an instant visual translation for smart phones. Founder Ryan Rogowski visited China and struggled with the language barrier. Eating kung pao chicken every day because he couldn’t figure out how to order anything else inspired him to build a simple translation service. Waygo translates text simply by hovering your smartphone camera over the words. The service costs $14.99 for unlimited translations per language.

Chewse is a B2B marketplace for organizations spending thousands of dollars on corporate catering. The platform makes it easier to order food easily. In the two test territories, the startup has already fed 20,000 meals to big customers, including Wells Fargo, the University of Southern California, and PriceWaterhouseCoopers. Founder Tracy Lawrence said these companies spend $30,000 a year on Chewse just to feed their people, and it has a waiting list of 700 companies. It’s in Santa Monica, Calif..

GazeMetrix helps brands know when their pictures appear in social media. The technology looks inside photos on social media sites to identify brand logos. Founder Deobrat Singh said people are “throwing money” at gazeMetrix because social media is increasingly focused on pictures, but brands don’t know to access or measure this visual content. Singh claims the technology can tell when images are going viral before they do so. GazeMetrix already has more than 40 clients, including Yoplait, Nike, Svedka, Coca-Cola, and Under Armour. The founders come from Delhi, India.

BabyList is a baby registry that helps new parents find, share, and buy the things they need for their babies. Founder and CEO Natalie Gordon is from San Francisco. When she was pregnant two years ago, she created multiple baby registries because she couldn’t find everything she needed from just one store, nor could she ask for things she actually needed, like help preparing meals. Gordon formerly worked as a developer at Amazon and immediately applied her coding skills to the problem. She launched Babylist two weeks before her son was born. Baby “stuff” is a huge industry, and Gordon said she is revolutionizing “baby e-commerce.” Last year, $2.3 million in gifts went through the site.

Founder Harald Trautsch built everbill to provide an easy way to issue invoices and estimates. It is “the last line of communication” between business, customers, and accountants. The B2B is working with large banks, SMBS, and telecom companies, including T Mobile. The founders are from Vienna.

Instamojo makes “selling online as easy as sharing.” The technology enables the sale of digital goods instantly — without requiring complex forms, time-consuming steps, or coding skills — by copying and pasting a link. Founder Sampad Swain is from Mumbai, India, where he previously started and sold a successful company.

femeninas is a social engagement platform for women and fashion in Spanish. Founder Ricardo Lerch comes from Buenos Aires and started the company with his wife. Lerch said onstage that there are 200 million Spanish-speaking women, and they are spending massive amounts of money on fashion and beauty because they “care a lot about their looks.” Lerch and McClure both are excited about opportunities in the Spanish-speaking market.

iDreamBooks is a trusted source of book recommendations, like RottenTomatoes for books. The company is from Canada and India. Founder Rahul Simha is a bookworm and wanted to build a universal score for books. He said the Amazon scores are becoming increasingly diluted and positive reviews are for sale. iDreamBooks aggregates professional and critical reviews, rates it as positive or negative, and generates a “snippet.” Read more on VentureBeat.

Markerly gives publishers and advertisers the access to data analytics about ‘micro content.’ In the nine weeks since launching, it has looked at the activities of 9 million users across its network. The technology sheds light on the “dark web.” It tells publishers what users are doing once they get to a site, based on small actions like copying and pasting. The team is from Washington, DC. Founder Sarah Ware said these “micro data points” provide the greatest insight into user behavior and can optimize their marketing.

Brazilian startup Qual Canal tracks conversations about TV shows and ads in social media. Founder Andre Terra said Brazil has 200 million addicted TV viewers and is the second largest social media user base in the world. People talk a lot about TV in Brazil, and Qual Canal captures (and sells) this data to broadcasters, brands, and agencies.

TouristEye is a web and mobile travel guide that helps you discover, collect, and plan travel experiences for your trips and getaways. Founder Ariel Camus said online travel guides suck, and they seek to do this by making it more personal. It is based in Madrid.

Hunie is a community that helps designers get constructive and honest peer-to-peer critiques. Founder Damiam Madray said these “skinny jean-wearing, tea-sipping geniuses” are in high demand but are hard to find. There are currently 365,000 job ads for designers. Hunie seeks to bring designers together to create more designers, because that is what startups need.

Curious Hat is building a “mobile playground for a curious generation.” The founders, Luca Prasso and Erwan Maigret, spent 20 years working at DreamWorks. Prasso’s son inspired him to create an online environment that creates “new types of real-world interactions” between parents and children.

Dealflicks like Priceline for movie tickets. This Oakland, Calif., company offers movie tickets and concessions for up to 60 percent off to get butts in movie theater seats. Founder Sean Wycliffe dropped out of college to live a party-boy lifestyle. After running out of money, he returned to college and began seeing a lot of movies in theaters. He noticed how many empty seats there were in the theaters and recruited two cofounders to build Dealflicks.