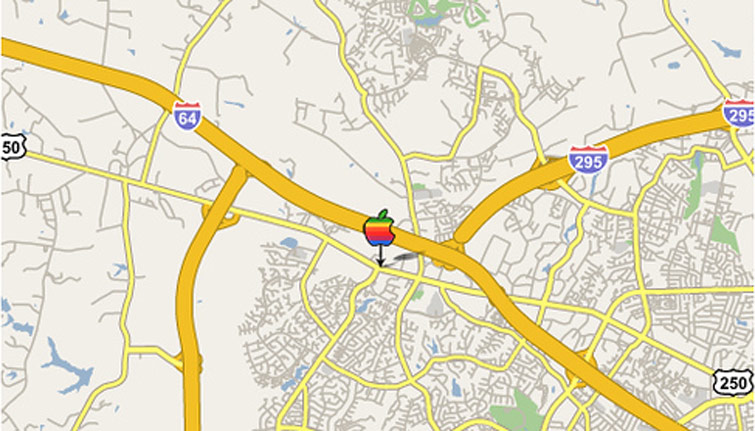 Marcus Thielking is cofounder of Skobbler, a provider of mobile map-based solutions that use OpenStreetMap data.

From Apple unveiling and then apologizing for Apple Maps, to the emergence of the collaborative and crowdsourced OpenStreetMap, for those fascinated by digital mapping technologies, 2012 was a critical point in time. And with location-based services powered by map data expected to reach 1.4 billion users by 2014, you can bet the innovation and competition we witnessed will continue in 2013.

So, what’s next? Here are the top five moments I expect we’ll see in the digital maps space in 2013:

With over one million contributors to date, a number that has doubled approximately every 14 months since 2005 and shows no signs of slowing, the OpenStreetMap — affectionately known as the “Wikipedia of maps”— is quickly becoming one of the most popular mapping platforms on the planet. And, the more users lend the project their location expertise, the better OpenStreetMap’s data will ultimately turn out to be. In fact, today, OpenStreetMap has already become the most detailed digital map available in countries like England and Germany. With its ever-increasing user base, the data can only continue to improve. This is hugely important for developers seeking to build their own location-based products and services.

Beyond just being cost effective, OpenStreetMap delivers levels of detail, accuracy (beyond just the street networks) and flexibility not possible with some of the more traditional map players. As the platform advances thanks to user growth, developers in need of mapping data will continue to abandon relationships with guys like Google Maps, TomTom and others, integrating OpenStreetMap data into their own offerings.

2. Apple Maps will get better, too

Apple Maps has been categorized by many as the company’s largest black eye (at least recently). Not only did the app suffer from a data issue, but it was clear the company didn’t have the right team in place building the product, as it couldn’t fully deliver on the fundamentals (like putting bridges in the right places). It was a colossal letdown that led to firings and public apologies, and I guess this should be the case, given this, this, or this. Here’s the thing, though, for all of the criticisms, Apple Maps will only get better.

Whether it will come internally (unlikely), or from the integration with an external mapping party of some sort (see Apple’s rumored acquisition of Waze, although, I think a company like TomTom makes more sense given their base technology and mapping talent), look for Apple to improve on its service. Google knows this and won’t stop updating its own map so as to take full advantage of its head start and ensure that its market position will remain solidified. Apple doubters remember, though – and there are quite a few doubters out there today – the company has long been a bastion of innovation in every arena, so expect the Maps product to slowly find its way back and be a very big player in 2013.

3. Google Maps will lose some of its luster

Apple Maps was the best thing ever to happen to Google Maps. Upon its release, people realized just how valuable Google’s service was through comparison. They also realized how important maps were more generally. For the end-user, the effort and skill required to produce a digital map was, for once, clear. The press for Google was unsurprisingly positive. It couldn’t have asked for a better situation.

However, a mere few months prior, the seemingly unflappable Google was the one on the receiving end, seeing negative press for Google Maps after deciding to charge high-volume users of its maps API. The moment positioned Google as the corporate entity that it is, rather than a driver of innovation. That’s when we started to see defections en masse from Google Maps to the OpenStreetMap, with Foursquare, Wikipedia, and even Apple, leading the charge. While Google has since reversed course, it’s an issue that will crop up again soon and perhaps shift the narrative – in a negative way – for Google.

For end users interested in a great mapping experience, whether it’s for navigation, direction-finding, and the like, maps can begin to seem redundant. More competition means more mapping services, but it should also mean more originality, allowing one platform to differentiate itself from the next. Google Maps, for instance, has Street View as a feature and is rolling out 3D functionality to stand out from a flood of new challengers. However, in order to be truly unique in an increasingly cluttered space, there are more creative opportunities for map makers to take advantage of, namely through partnerships with other location-based services that are eager to benefit from the scale afforded through map services.

For instance, take Nooly, a startup that allows you to view the weather, in real-time, for any point of interest (it’s location-based via GPS and seems to use Google Maps, currently). Partnering with them and leveraging their API would provide a great end-user benefit and allow a map service to carve out a true point of differentiation relative to other players. I think we’ll see more partnerships like this throughout the year.

With mobile proliferation, maps are becoming more and more essential each day, therefore, it only makes sense that more services will pop up, and that more existing companies will want a piece of the pie (Apple entering the fray is really just the beginning). This was especially true in 2012 – think Amazon’s November announcement – and it will only continue in 2013. Could Facebook, for example, enter the mapping space? The recent debut of its Graph Search function could make that a possibility, given location’s centrality to any search platform (and, if Facebook ever does decide to move forward with its own smartphone, a map will be core to that service, as well).

Now, these are just a few possibilities I think we’ll see in the mapping space this year.

Did I miss anything? What do you think will be some of the key map moments in 2013?