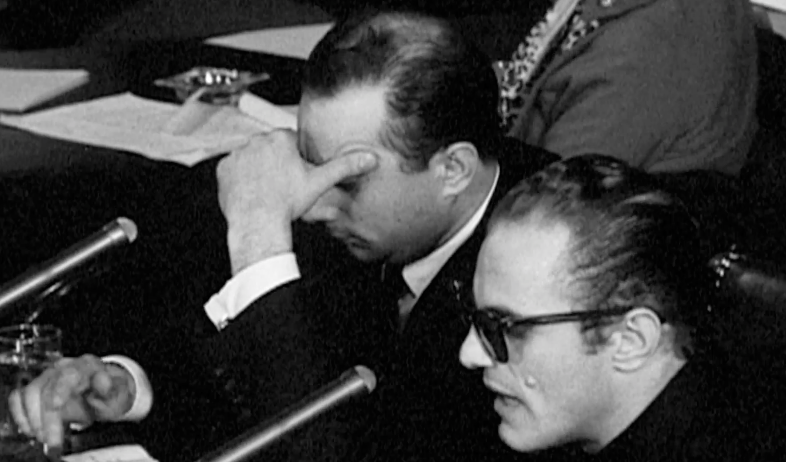 Walter L. Shaw is someone you’ve never heard of. But he invented big chunks of your world, and then died, almost penniless, living on the charity of his international jewel thief son, a made man in the Lucchese New York mob.

And he also unwittingly played an important role in the lives of two kids named Jobs and Wozniak … and therefore in the founding of one of the most powerful technology companies the world has ever seen, Apple.

“My dad worked for AT&T for 14 years,” Walter T. Shaw told me yesterday. He made a documentary film about his father’s life and inventions. “He made the blue box so you could make long-distance calls toll-free.”

The “blue box” was a revolution for multistate crime families and illegal betting operations. Not only did it connect to Ma Bell and deliver the sweet milk of free long distance calls, it also — and more importantly — blocked call tracking and monitoring, which is an important feature for those types who liked to chat about which horse was going to get overfed in the Kentucky Derby, or who need to get whacked, pronto.

But L. was also a genius of legal invention.

When he died, he held 39 patents, including many on core technologies that we use every day. The speakerphone, voice recognition systems, the “red phone” alert system used by presidents for decades, the touch-tone phone, call forwarding, conference calling, and the first burglar alarm that automatically calls the cops: These all stem from patents that Shaw senior held. And, bear in mind, this was in the day before you could patent a new way of rolling toilet paper and claim you were an inventor.

“In 1948 he demoed a prototype of a speakerphone he invented in his garage,” Shaw junior says. “AT&T loved it. They made up a contract which said he signed over his past, present, and future developments, and asked him to sign it. My dad said no.”

Patents, of course, have an expiration date. They are also only as good as the amount of money you have to defend them. The upshot was that they expired long before they were commercialized, and as Shaw junior tells it, AT&T started innovating on them as soon as the 14-year expiration had passed. 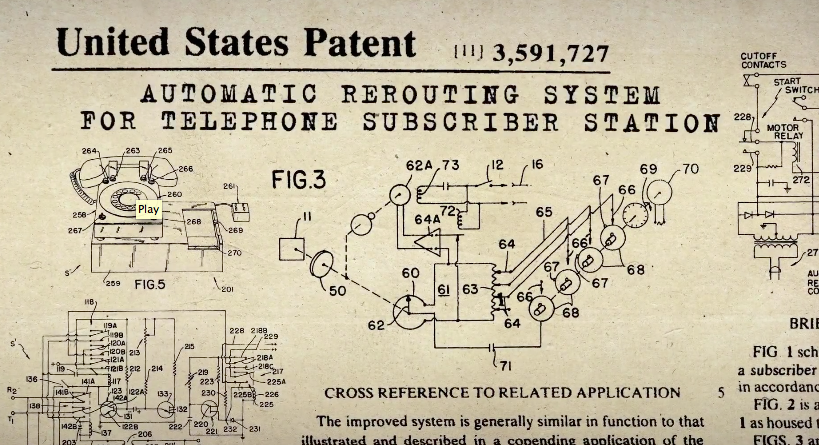 That started a downward spiral in L.’s life that led to him selling his invention to the mob, and to his son finding fame and fortune as a jewel thief. Shaw Jr. left when he was 16 years old and started robbing the wealthiest people in the nation. He was a modern-day Robin Hood with one significant difference: He pocketed the coin. And he wouldn’t speak to his father again for 25 years.

As surely as apples fall to the ground, the long arm of the law caught up to Shaw Jr., and from 1975 to 1986 he was a guest of Uncle Sam in the Union Correctional Institution in Raiford, Fla.. Not too long after getting out, he also exited the crime family, meeting John Gotti face-to-face and resigning as a soldata in the mob.

“It’s called going on the shelf,” Shaw explains. “A lot of people think that you can’t get out of the mob alive, but that’s not true.”

In 1995 Shaw Jr. found his father living penniless in a bus station. He took him to Florida, bought him a Lincoln, set him up in an apartment, and very carefully took care of him: Shaw Sr. was a proud man, and not one to take charity easily. Shortly thereafter, junior decided to tell his father’s story in a documentary.

“It’s about closure for my father,” Shaw told me. “When you ask people who invented the conference call, what do they say? But if you ask who made Apple, they answer Steve Jobs.” 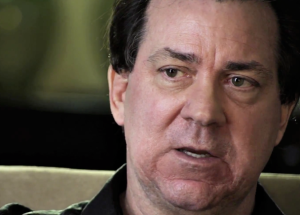 And it was a tangential connection between Shaw Sr., Jobs, and Steve Wozniak that kickstarted Apple and even led to Job’s brush with the mob. Jobs’ and Wozniak’s first product was a blue box — they made about a hundred of them, selling them for $150 each, and using one to make prank calls like calling the Vatican, pretending to be Henry Kissinger, and demanding to speak to the Pope. That ended quickly when they were robbed at gunpoint for one unit. But it was a seminar moment.

“If it hadn’t been for the blue boxes, there wouldn’t have been an Apple,” Jobs later said, as Walter Isaacson recorded in his biography. “I’m 100 percent sure of that.”

Shaw Jr. spent the next decade getting into the movie business, partly with the help of Mickey Rourke. He got a script made, fundraised $1.8 million for the movie, and put a production crew together.

As a result, the movie is opening in New York at the Sunshine Film Festival on Saturday. And as it opens, a long, long journey is closing.

“My dad changed our lives,” Shaw Jr. says. “When he came into this world, we had rotary phones and human operators. Now we have conference calls and touch tone dialing.”

And, I might add, we have redemption for a wayward son, who is now honoring his fallen father.