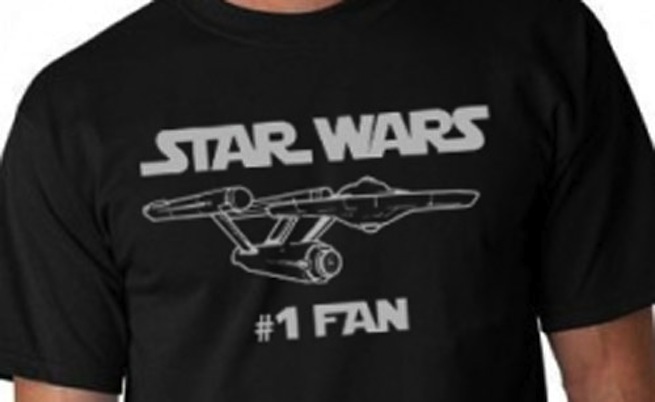 President Barack Obama’s administration has done some tremendously geeky things to help identify with the general populace, such as giving a very thoughtful response to a White House petition to build the Death Star.

However, at a press conference today, Obama may have proved that, while he can hire a bunch of Star Wars fanboys to help run the country, he himself is not one.

Speaking to the press about forging a bipartisan agreement on budget reform, Obama told reporters that he can’t perform a “Jedi mind meld” with Republican leaders to make them agree to his spending cuts.

What the president probably meant was to reference either the “Jedi Mind Trick” from Star Wars or the “Vulcan Mind Meld” from Star Trek that often used by U.S.S. Enterprise first officer Spock.

My response to all the ppl trying to tell me Obama was actually referencing a "Force Meld" in his press conference: pic.twitter.com/WwirnVo6Nq

Also, someone created a parody account called ObamaVulcanJedi. (I love the Internet.)

Well at least the president seems to have a sense of humor about the whole situation. (See The White House’s tweet below.)

We must bring balance to the Force. #Sequester #JediMindMeld pic.twitter.com/lIZlgavhuR