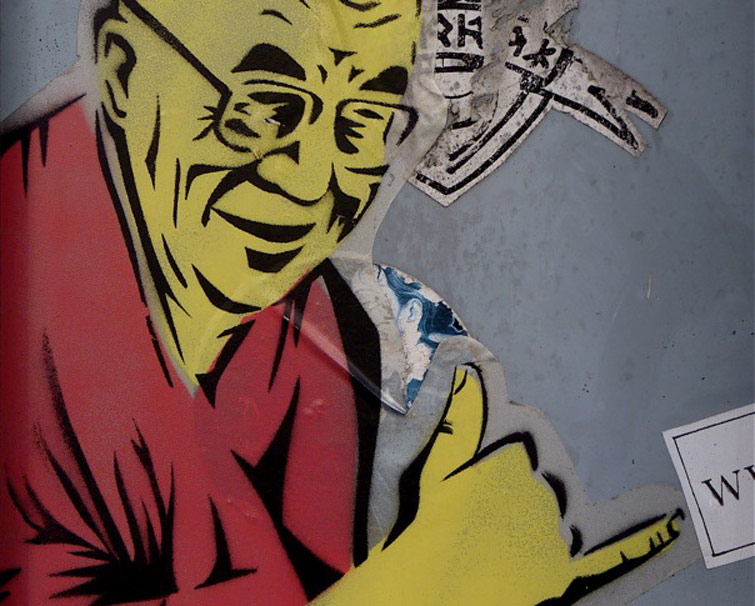 How do you get the Dalai Lama to speak at your conference?

That’s just one of the questions I had for Roman Tsunder, founder and spiritual leader of the TED of the marketing world: PTTOW. Pronounced just the way it’s spelled, PTTOW brings together the people and the companies who are shaping our digitized, commercialized, and sometimes commoditized culture, for good.

Our youth culture, that is.

“Sixty percent of the world is under the age of 30,” Tsunder says. “In the Middle East, that’s up to 70 percent, hence the revolutions. What I want to do is bring together the leaders of every major industry whose customers are between 17-30 … to talk about their most inspiring projects.”

That vision has produced events where Activision and the State Department, QuikSilver and the Gates Foundation rub shoulders with music industry giants. And where beauty and fashion — Diane von Furstenberg — meet brains and technology: Google Glass. 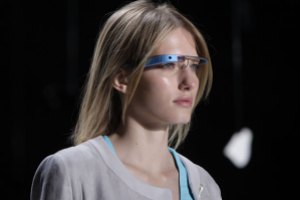 Above: Google Glass on the runway

“Who would have thought of that kind of partnership?” Tsunder marvels. Von Furstenberg famously featured Google’s augmented reality Glass project on the fashion runway last year. “We want to inspire things that have never been done before.”

PTTOW brings together an invite-only list of corporate bigwigs — you have to be at least a VP at a major international corporation or a C-level exec at a media company to attend — with artists, athletes, and other shapers of youth culture to come together, create community, inspire each other, and win.

The conference has inspired partnerships between notables like Elon Musk of Tesla and Virgin Atlantic. Skull Candy and Spotify started working together at PTTOW. And the U.S. state department partnered with QuikSilver to send cultural attachés — aka skateboarders — to Eastern Europe. In other words: wild and wacky and wonderful partnerships that, maybe, couldn’t have happened anywhere else.

Will.i.am will be a prominent guest at the upcoming PTTOW in May, and he’ll be talking about causes, culture, and media.

“We honor certain icons,” Tsunder says,”and his passion for science and math and technology is really quite awe-inspiring.”

Four years ago, the invite-only event was 25 people. Bob McKnight, the CEO of QuikSilver, was an early believer who attended at the first conference. Today, the event brings together hundreds of Davos-level people: a few dignitaries, some artists, and the high-level corporate executives for whom this is perhaps their only professional development event of the year.

It’s professional development because each can wow others with tales of where they win. Furstenberg learns from Red Bull how they get 10 million viral views on YouTube. Google learns from Furstenberg how fashion and life mingle. Virgin Atlantic sees what Elon Musk is doing in space, and Virgin Galactic is born. Each inspires the others. 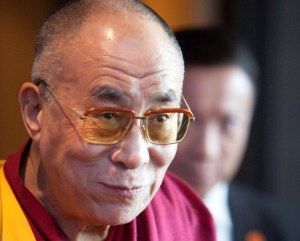 “We want to inspire the best marketers in the world,” Tsunder told me. “That’s our biggest aspiration.”

Oh, and the Dalai Lama?

Like everything else — and everything that happens at PTTOW — it’s about relationships. And, critically, about not being afraid to ask.

“Well, you become friends with his emissary for peace,” Tsunder answered. “I was introduced to Lama Tenzin and we were having lunch, and he said the Dalai Lama speaks to young people all the time. I said, ‘I’m sure it’s impossible, but would he be willing to speak to the leaders of companies whose audience and fans are young people, and inspire them to be more thoughtful about peace and harmony?'”

Which is how you get the Dalai Lama to speak at your conference.