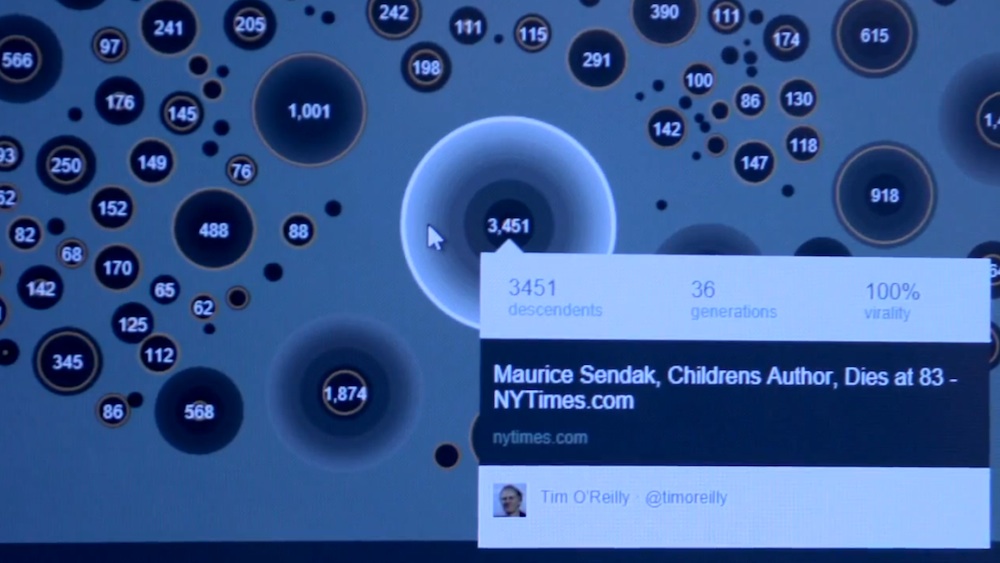 One of the many undying questions from web publishers, marketers, and regular web users is “what makes something go viral?” which, coincidentally, is also something Microsoft is working on.

Today the company revealed a new research project called ViralSearch that uses a search engine to identify the most popular content on Twitter. ViralSearch scans billions of pieces of information, including news, photos, and video, and assigns a virality rating to the most popular topics based on how the content was shared via Twitter.

The screenshots in the demo make ViralSearch look a lot like a ChartBeat dashboard. However, unlike ChartBeat, ViralSearch is scanning across an entire social network for its data rather than traffic interaction from a single site. Not only that, but the tool can also track contributions from single Twitter users to see what kind of effect they are having on overall sharing. (For instance, you could check out Robert Scoble’s feed to see the impact he has on making a story go viral.)

The tool actually looks really cool and may provide some sort of insight into what it looks like when something does indeed go viral. Unfortunately, ViralSearch is still in testing phase, so you won’t be able to get your hands on it.

Check out the demo video embedded below for a closer look at ViralSearch.