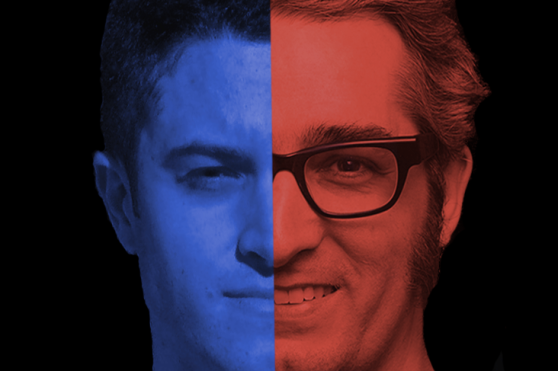 When MakerBot booted 3D gun files from its file catalog in December, it may have created its own worst enemy: DEFCAD.

That’s pretty clear to me after watching the latest creepily effective video from Defense Distributed founder Cody Wilson, who doesn’t filter his distaste for MakerBot and its founder Bre Pettis.

“When this guy decided that “radically open” meant not so radical, not so open, DEFCAD was born,” Wilson says over an image of Bre Pettis’s face. 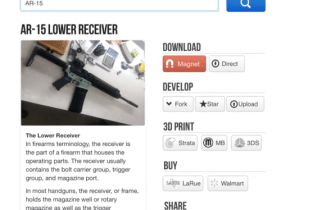 Above: DEFCAD is using search to bring in revenue.

In many ways, the difference between Pettis and Wilson could not be more pronounced. Where MakerBot focuses on relatively harmless and wholesome things like lawn gnomes and widgets, DEFCAD zeros in on the complete opposite end of the spectrum — guns, grenades, and now, any object under the sun.

At a panel discussion at SXSW today, Wilson unveiled that Defense Distributed is working on plans to expand its efforts beyond just firearms to any controversial object users feel like uploading, including patented ones.

More, unlike MakerBot, which has previously shown that it’s not shy about removing objects that violate its policies, Wilson says the new DEFCAD won’t ever bow to copyright claims. “No takedowns. No removals. We’d fight everything to the full extent of the law,” Wilson said.

That’s quite a promise to make so early on, but if there’s any operation bold enough to try it, it’s DEFCAD.

This, as Wilson explains in the video referenced above, underscores a fundamental ideological difference between DEFCAD and MakerBot:

Can 3D printing be subversive? If it can, it will be because it allows us to make the important things — not trinkets, not lawn gnomes, but the things that institutions and industries have an interest in keeping from us. Things like access, medical devices, drugs, goods, guns. DEFCAD will provide access with a view to these things, the important things, and there will be no takedowns — ever.

If it wasn’t clear before, it should be pretty clear now: DEFCAD is the anti-MakerBot, and Wilson is the anti-Pettis.

But the DEFCAD of the future does have something in common MakerBot: its pursuit of profit. With the redesigned site, expected next month, DEFCAD will introduce a search engine that will display contextual advertisements alongside search results. (Yes — just like Google.)

But the line is still drawn in the sand, and right now MakerBot and DEFCAD are standing on opposite sides of it. It’s a whole lot of controversy over a technology that’s just now reaching the mainstream.