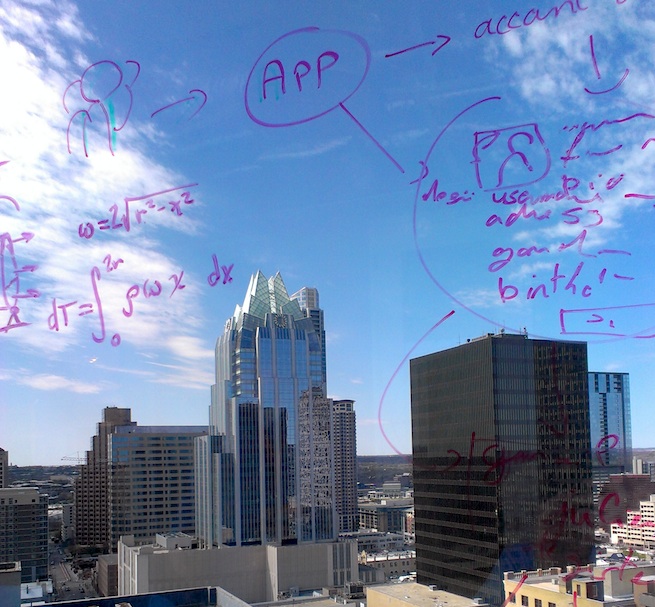 AUSTIN, Texas — At South by Southwest, every party had long lines of people waiting to get in, sometimes stretching the length of a block.

Every party except one, that is. I walked down the street last night past a Microsoft Windows event, which not only had no line, it was so empty that a staffer was standing on the sidewalk urging us to come inside.

Maybe Microsoft needed to hire a more exciting band. Half a block further down, and the sidewalk was crowded with young folks hoping to get into a party sponsored by some technology company. I’m pretty sure the headliner wasn’t Robert Scoble.

SXSW is an interesting mashup of a music festival, a film festival, and a geek fest. This was my first year attending, and I was a bit nervous, given that everything I’d heard about it made it sound crowded, noisy, and uncomfortable. But I’m leaving impressed.

Short version: Yes, SXSW is crowded and in many ways a dysfunctional event. No, there’s no real news. But it’s a great experience.

I did almost everything wrong, but found that this was, perversely, the best way to attend SXSW. I went to just one keynote (by Sir Tim Berners-Lee — he made an impassioned and inspiring case for open web standards). I went to just a handful of panel discussions. I spent almost no time on the exhibition floor. And I skipped most of the parties, which were too crowded and too loud to make conversation possible.

But what I did was spend time hanging out various places: The lobby of the Hilton, the bar at the Four Seasons, and Capital Factory (a well-situated coworking space with dozens of startups, excellent Wi-Fi, and a giant bean bag). I met people I had known before only through Twitter. I ran into people I knew only in passing and spent hours getting to know them better. I met excitable young entrepreneurs burning with a desire to change the world, not just make a pile of money.

In short, it was an inspiring, intense weekend of talking to people and building connections.

One friend joked that SXSW was the best place he knew to spend time with his friends from San Francisco. It did seem like San Francisco was unusually well-represented among the attendees, but, as he pointed out, when they come to SXSW, these people put aside their daily grind. They give themselves permission to ignore their email inboxes, and that means you can have a sustained, uninterrupted conversation.

SXSW is like a microcosm of the startup community.

A session on startup-community building crystallized the whole experience for me. The speakers were Lesa Mitchell, of the Kauffman Foundation; Marc Nager, CEO of Startup Weekend; Charlie O’Donnell, founder of Brooklyn Bridge Ventures; and Tony Hsieh, founder of Zappos. They talked about the challenges and techniques involved in building not just a single startup but a whole ecosystem of startups and entrepreneurs, whether in Brooklyn, Las Vegas, or anywhere else.

At one point, the musician Amanda Palmer stood up from the back of the crowd to ask the panel a question about crowdfunding and whether it had changed the nature of startup communities at all. She’s an expert on crowdfunding, having funded an album through Kickstarter, and she recently gave a very well received TED Talk.

The question energized the speakers, who talked about how crowdfunding has helped decentralize and democratize the funding process. But more importantly, crowdfunding has given people a chance to participate in something bigger than themselves. You can’t successfully raise capital from a crowd of supporters if it’s just about the money — there has to be something more.

“If you can inspire your employees through a higher purpose, something bigger than themselves … you can accomplish so much more as a company,” said Hsieh, who did exactly that with Zappos. “And I think the same thing is true about community.”

At SXSW, I saw that firsthand. Nobody came here to talk about how they were going to make money. It’s all about changing the world. That may be idealistic and unrealistic. But it’s a refreshing change from everyday life in Silicon Valley.