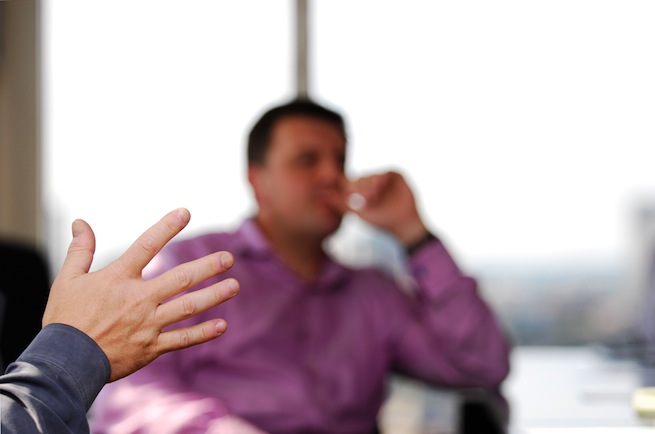 This is a guest post by Mucker Lab’s Will Hsu.

Raising money from venture capitalists can be a lot like dating. Certain topics are simply off-limits — like talking about why your ex left you. Venture capitalists are also expert pattern-matchers. They need to know a little about a lot of things. And because they see so many potential investment opportunities, it’s almost impossible for them to have the time and energy to conduct detailed market and customer due diligence to determine the viability of an idea.

Instead, they rely on how you explain your idea and match that to their past experiences to create a complete picture of the potential investment potential. As a result, an innocent sentence you throw in at the end of your presentation could trigger either great memories of their last successful investment or nightmares of their last $10 million down the drain. So sometimes, it’s the things you don’t say that are the most important.

While you might understand the basic topic points, such as revenue potential, market opportunity, and so on, it’s important to know what not to say on the periphery as well. Here are some of the things you definitely should not mention to a venture capitalist if you don’t want to trigger bad nightmares.

10. “Daily deals”: It may seem unfair given that consumers are still lapping up deals and businesses are issuing coupons like never before. But VCs have all moved on. The reality is that it just takes too much effort, time, and tongue-twisting for a VC to tell his buddies how his latest investment is better than all the other daily deal companies that came before. And it will take too much effort for you too.

9. “Big shots like A,B,C,D,E,F,G are advisers”: Simple rule. Being able to say “adviser and investor” is 10 times better than just having an adviser. It doesn’t mean you don’t want lots of advisers and mentors, because you obviously do. You want lots of helpful and passionate advisers, but just be careful thinking that all VCs will give a damn. As a VC, I care about your ability to convince important and influential people to help you build your business (and invest); I don’t really care who they are and how many there are. It’s not about who, it’s about you.

8. “… Uncapped Note … ”: If you’re a YC company, go for it. For the rest of us mortals, let’s get real and understand the point of investors is to have smart people with money on your side.

5. “I don’t need to do market research because consumers are incapable of envisioning the future, you just have to give it to them”: An experienced VC could only respond, “I served with Steve Jobs. I knew Steve Jobs. Steve Jobs was a friend of mine. You, sir, are no Steve Jobs.”

4. “My product is naturally viral”: Every entrepreneur claims to have a “naturally viral” product. It’s like everyone believing they are an above-average driver. The fact remains that average CTR on Facebook news feed links are around 0.2 percent, which are about the same as banner ads, and certainly no one has ever claimed that banner ads are viral. Until a product has gone viral, it’s not viral.

3. “I’m Pinterest for X”: I cannot figure this one out. Apparently it is perfectly fine to be “AirBnB for X,” “ShoeDazzle for Z,” and “Dropbox for Y” … but the moment someone utters the word “Pinterest for … ,” everyone’s eyes just glaze over.

2. “I want to build a great user experience, I don’t care about monetization and revenue”: Only a handful of guys can say this: Zuckerberg, Dorsey, Page, Brin. The only reason they can say it is because they have proven abilities to build a large audience and eventually figure out a way to make lots of money. Unless your last name happens to be one of those, you need a plausible business model.

Will Hsu is a cofounder and managing partner of MuckerLab, a mentorship-driven startup accelerator focused on serving Internet software, services and media entrepreneurs in Los Angeles and broader Southern California.

Prior to MuckerLab, William was the SVP and Chief Product Officer of AT&T Interactive.