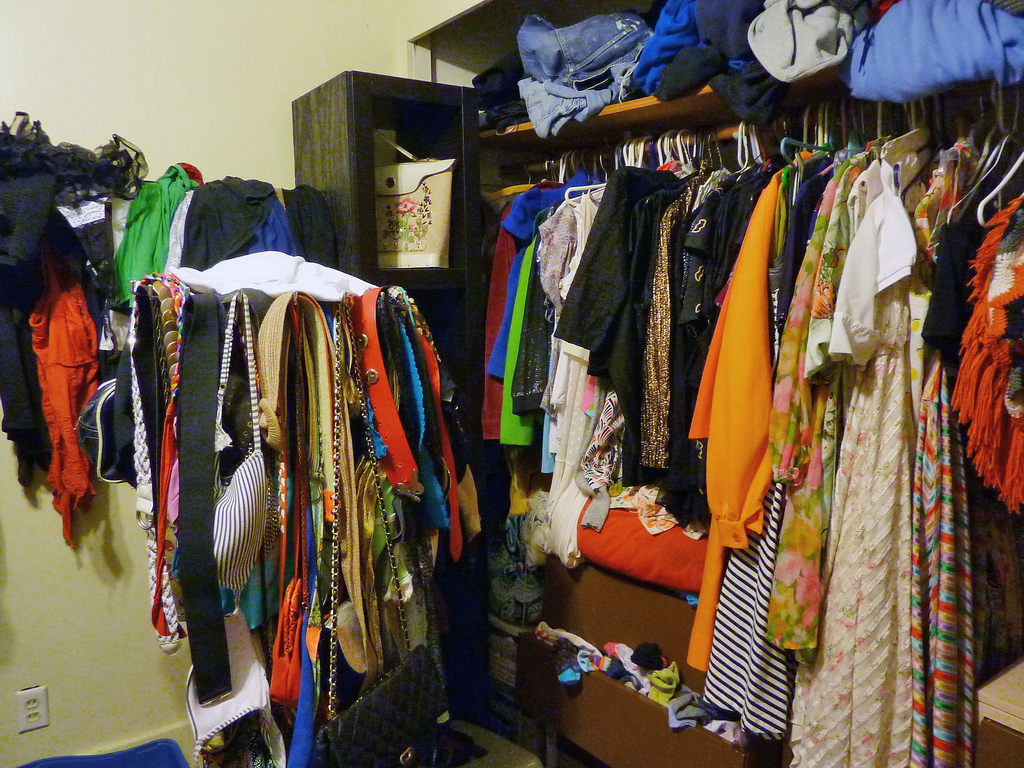 We all have secret stashes of stuff we rarely use, and yet these items can be oddly difficult to part with. eBay has partnered with Goodwill to lessen separation anxiety and soothe the pains of parting.

This new initiative is called Sell it Forward. You sign up and receive a postage pre-paid mailer for gently-used clothing, shoes, and handbags. eBay will sell what they can and deposit proceeds into your PayPal account. The rest, assuming no one wants to pay money for your decade old Disneyland sweatshirt and worn out Keds, goes to Goodwill.

Many people (myself included) would love to offload the crap piling up in the back of the closet and under the bed. Yet the process of listing individual items for sale and managing the responses seems far more unpleasant than simply letting them collect dust, particularly when the returns won’t be that high. Selling a Chanel purse for thousands is one thing. Selling a bag from a crafts fair is another. With Sell it Forward, eBay is offering to do the legwork for you. 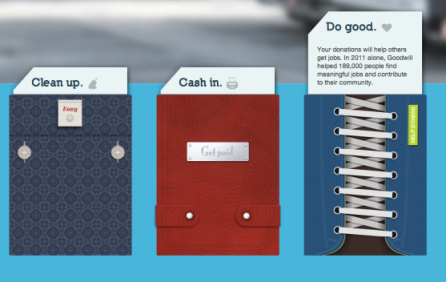 If Goodwill thinks an item can be sold within two weeks and for $10 or more, it will list the item for sale. You, the seller, will get half of the proceeds from any items sold during that 14-day period; the rest goes towards helping fund Goodwill’s operations. Unsold items will be donated directly.

Sell it Forward is the latest in eBay’s attempts to expand its inventory. The success of the marketplace depends on a strong user base that actively lists items for sale, but many find the prospect intimidating or simply don’t have the time or motivation. Earlier this year, eBay attempted to address the issue with a series of pilot programs. These programs are not only intended to expand the number of items for sale but also to achieve greater engagement in local communities.

The company has tried sending vans to people’s homes to pick up their stuff so it can deliver it to experienced sellers who would attempt to offload them in exchange for a portion of the proceeds. eBay also set up kiosks at a few malls where people could drop their items off.

These programs all underscore eBay’s greater focus on having a physical presence. eBay Now, a same-day delivery service, is another example of this effort to become a part of people’s day-to-day lives and spending habits, rather than just their online experience. Making the services more accessible to the average person, who may not be particularly tech-savvy, creates more opportunities to expand the number of users and cement eBay’s role in the e-commerce world, which is increasingly dominated by younger, innovative companies.

In the past few years, developments in consumer shopping habits, social media, and payments technology has opened up the world of online re-sale. Startups like Threadflip, Tradesy, Poshmark, 99dresses, The Cools, The Real Real, and Twice all offer secondhand marketplaces, but with fancy sharing features, beautiful design, white glove services, or a mobile-first focus that provide a compelling, more user/fashion-centric alternative to eBay’s auctions.

eBay is experimenting, innovating, pivoting, shifting, and doing all those other things tech companies need to do to stay relevant and valuable to consumers. Right now, Sell it Forward is only available in the San Francisco Bay Area, but if it takes off, it could expand into additional regions.