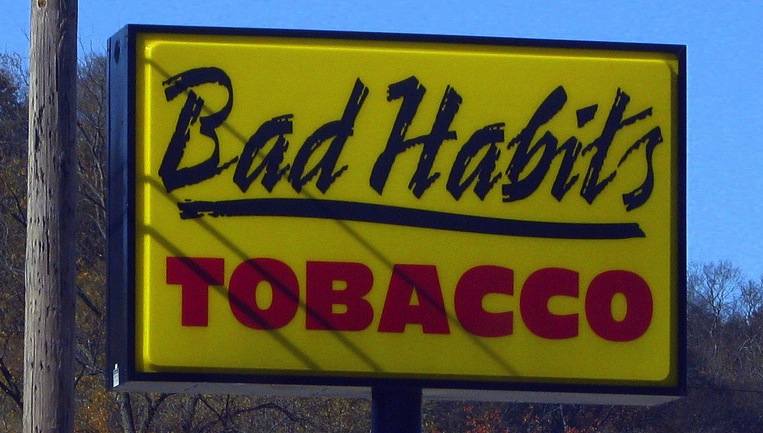 Rob Woodbridge is founder of Untether.tv.

I quit smoking 14 years ago this past March.

I can still remember that last pull of my last cigarette and the little jingle that played from my LifeSign smoking cessation computer. I quit smoking because a mobile device told me when to smoke … and when I was done smoking for good.

That was the first time for me that a habit change was brought on by a mobile device — but certainly not the last. Back then the commercial web was emerging, mobile was a distant ripple and the RAZR was the rage. There wasn’t a single smartphone in sight.

Today, when five out of six people on the planet carry a connected device, many habits have already been modified as a result of this pervasive technology. There is a “low-hanging fruit” kind of change that is sweeping through the home as land lines are being dropped in lieu of mobile phones. Parents are debating at what age to buy their kids cell phones.

Smartphones and tablets have hampered our ability to focus on one thing at a time while simultaneously doing serious damage to video game console makers, broadcast television and the entire retail industry.

These changes are macro changes brought on by creating a much more efficient market place — this is the Wal-Mart effect of removing friction from the supply chain. While they seem like habit change, they are really just efficient evolution brought on by technological advancement. Predictable really.

Personal habit change, however is different: It stems from a decision to change something at our core. Like the LifeSign computer I used to commit to quitting smoking, can the new devices in our hands bring about personal habit change to a mass audience?

There are many companies out there who think so.

The wearable computer industry is about to be set ablaze.

Companies like Nike, which is reinventing itself as a software/hardware company, FitBit, and Jawbone are leading the “body analytics” movement. These tools are amazing, but they aren’t built for the average person interested in changing one habit. They are built for an audience in tune with their body, but wanting more tangible insights. These devices will have their day but they are too overwhelming and too complicated to affect any serious change in the near future.

Sleep Cycle is an app I’ve been using on my iPhone for the past 150 nights. You launch the app, set the alarm and place your iPhone face down under the fitted sheet on your bed. It uses the accelerometer to determine movement indicating wakefulness (i.e. you are not in REM sleep) around the time you would like to wake up. I’ve noticed an incredible difference in the quality of my sleep and my mood when the alarm does go off and have managed to alter my sleeping patterns to become an early morning person.

The work out streak 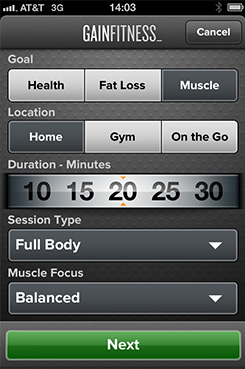 There are thousands of apps littering the various app stores focused on physical activity. I know because I’ve paid for 100’s of them already. The one that stuck is an app called Gain Fitness, simply because of a simple motivational feature that none of the other apps that I found used effectively: the workout streak.

What made this one stand out was its simplicity. It doesn’t have prominent social features that rely on peer pressure and isn’t focused on sharing workouts and results — this is much simpler than that. The workout streak counts the number of consecutive workouts that you’ve done.

If you can’t get to the gym or do a workout that day, too bad, you missed it. You can’t make it up tomorrow, it is just plain gone. At first this seemed as though it was a bug but when I spoke with the founder he said it was being used as a chief motivator and it works.

Moves is a new breed of iOS apps that, once launched, remains active but dormant on the device, quietly collecting data.

In the case of Moves, it uses a combination of GPS, cell towers, Foursquare and the built-in accelerometer to determine the number of steps taken during a day (all the computing power is done in the cloud). This isn’t new but the founder and CEO Sampo Karjalainen had a very focused reason for building the app: To increase the health and wellbeing of users by changing walking habits through gamification. He hopes to encourage people to park a little further, walk a little longer and get a little more active all through his app.

The ties that bind

There are thousands of apps in the market place that do any or all of these that I’ve highlighted but the common thread for all of them is the uniquely personal nature of each.

Individual habit change — getting better and deeper sleep or going to the gym more often or walking greater distances — are single action outcomes: what the Persuasive Tech Lab at Stanford University calls a succession of “tiny steps.” While the apps are targeting the general population there is more emphasis on the individual. Single task, outcome based, habit changes that create tangible results while depending the user’s commitment with every deep sleep, weight lifted and step taken.

Perhaps the greatest habit changed is the one that happens when great product function creates incredible loyalty – a habit many companies are trying to change every single day.