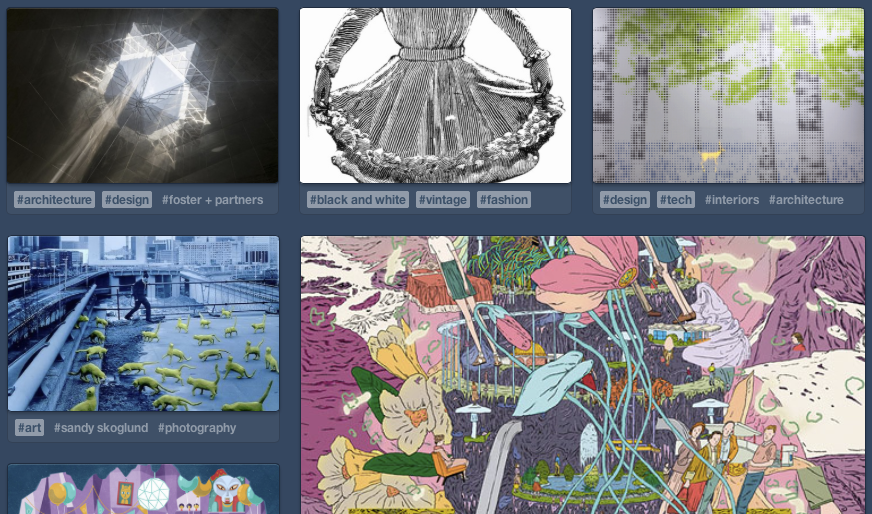 So much in mobile app development is so serious these days. Interfaces are often beautiful but seldom fun as the relentless drive to small-screen efficiency and usability crowds out creativity.

Above: Tumblr’s new Android app is playful and simple.

Tumblr has completely redesigned the new app, and the best part is the post-anything screen that reinforces Tumblr’s reputation as the simplest place to post just about anything. It’s playful, popping out of the bottom-right corner with a cheeky animated reveal that offers options for posting video, images, text, links, quotes, or chatting.

And yet, it’s still simple. And smart.

As UI expert Parham Aarabi says, the easiest place to reach on a mobile phone is the bottom right — where the icon starts. And notice the curve of icons, nicely approximating the sweep of your right thumb upscreen.

The app, as previously, enables you to manage your Tumblr blogs, find and follow other blogs to read, read and respond to messages, and tweet out your latest updates.

Here’s a quick overview, in pictures, of the new Tumblr Android app, which is available on Google Play.