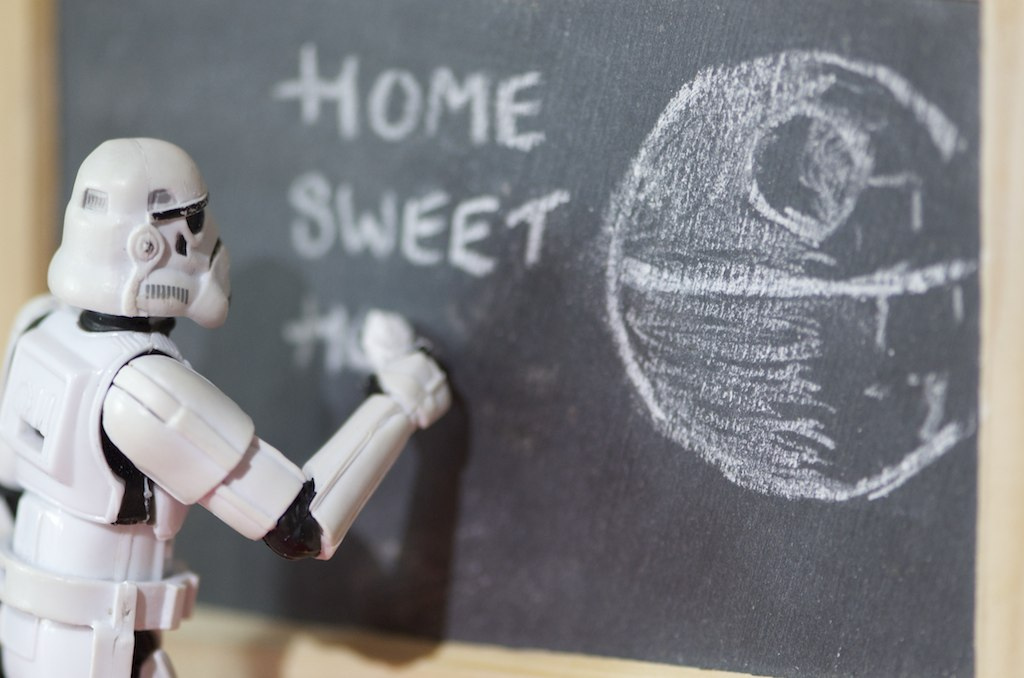 So, Facebook Home doesn’t work on your particular Android device (like my Samsung Galaxy Nexus). And you’ve seen that Facebook Home has an abysmal 2.2 average rating — more than half of Facebook Home users rate it one single solitary lonely star.

What’s a social news Android addict to do?

Try SOHO Social Launcher, which offers not just Facebook but also Twitter feeds directly to your Android homescreen and — critically — does so without hijacking your phone. Which means, as INQ Mobile, the company behind the app says, “leaving the convenient parts of Facebook Home and ditching the invasive parts.”

INQ Mobile started life as a mobile phone handset company — the Facebook phone company — before pivoting to a Flipboard-style social reading experience, so social has always been near and dear to the company’s heart.

“Social experience was at the heart of our handsets,” INQ Mobile’s Marcel Rutte told me from company headquarters in London. “The product in its current incarnation is new, but that’s always been what we’ve been about.”

INQ started working on a social launcher for Android months ago, before the company had heard of Facebook Home, Rutte told me. And, of course, it’s a broader experience than just Facebook, as he hastens to add.

Setting up is simple — install the app, hook up Twitter and Facebook, and you’re good to go. Instantly, you’ve got Facebook or Twitter on your homescreen, but you still have access to your familiar Android controls and familiar Android home screen. Swipe left or right to get back to your apps, or scroll all the way up to see your most common Android apps, super-imposed on your Facebook stream: phone, messaging, camera, and so on. 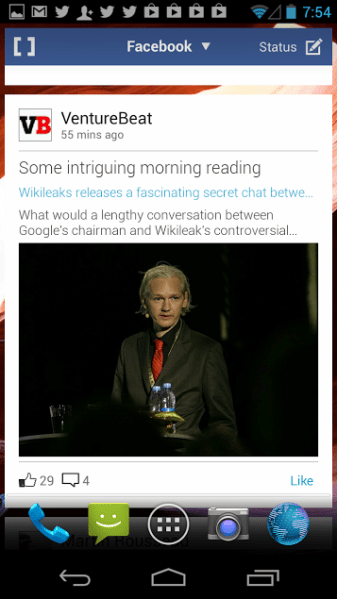 SOHO switches from Facebook and Twitter feeds simply by starting to scroll up, which reveals a header showing which network you’re on. Tap it, and you switch.

At first I wondered if it wouldn’t be better to have both networks showing at once, but a few seconds’ thought revealed the problem: my Twitter river would overwhelm my Facebook stream, blocking me from seeing the content posted by my closest friends and family.

Building the app as a launcher made sense to INQ for probably the same reasons it did to Facebook: far more capability. But INQ has done it in a different, less obtrusive way.

“Building as a launcher gives us much more flexibility … we’re not limited in what we can do” Rutte says. “The moment you unlock your handset it’s right there. But we haven’t broken anything in Android, whether you’re customizing your home screen or widgets.”

Perhaps it’s still an app-centric view of mobile computing versus the people-centric shift that Facebook is trying to make, but the challenge is that people-centric for Facebook seems to mean Facebook-centric. And that installing Facebook Home takes that most personal of devices, your phone, and makes it — while certainly more social — just as certainly less personal. Less created-and-customized-by-me, in a sense.

Which, if you want a more social experience on your phone, and you want more than one social network, makes it a no-brainer to try.