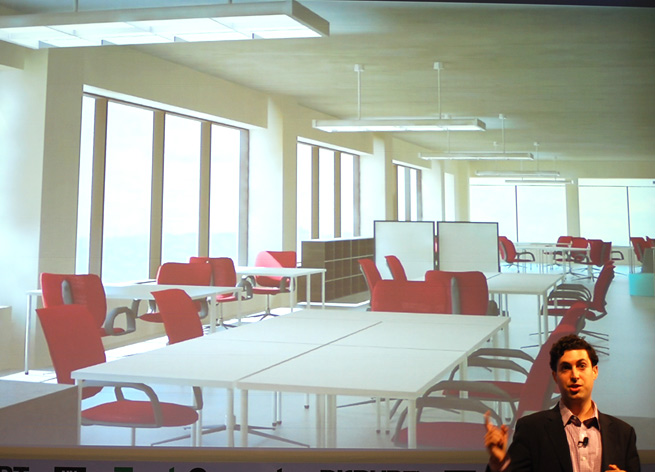 NEW YORK CITY — Real estate modeling and the digital mapping of commercial spaces isn’t the most exciting concept, but New York startup Floored‘s 3D space modeling is so cool that it might change that.

Floored CEO Dave Eisenberg showed off his startup today at TechCrunch Disrupt’s NY event, and the concept connected with the audience. To my ears, it attracted the most applause of any company today.

Floored helps businesses map commercial spaces in 3D by piecing together photography and computer models. You can add furniture to uncompleted spaces to get a better feel for what the place would look like for your company. It charges an average of $.50 to $2 per square foot to model spaces. Eisenberg insists these prices are far cheaper than any competing solution. “This is a disruptively low price,” Eisenberg said.

One recent project the company just tackled is modeling floors of 1 World Trade Center, which hasn’t been completed yet. Ideally, the service walks you through 3D-modeled floors of the building so potential renters see the space without having to visit.

“People in interior design, architecture, and construction all want this software, but it doesn’t exist,” Eisenberg said. 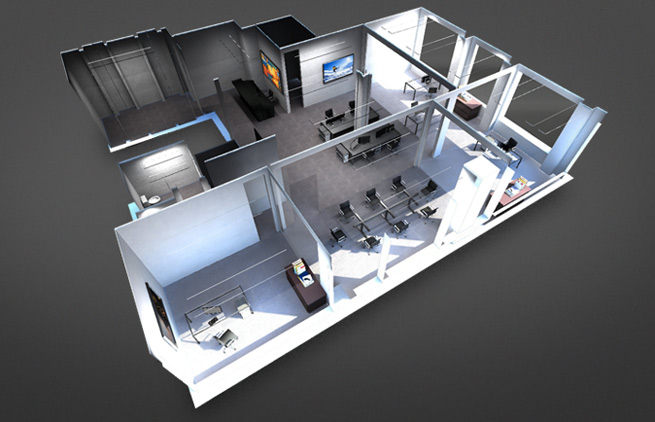 What makes the app so fun is that is lets you walk through these spaces and gives you an immersive feel for buildings that aren’t even finished yet. Eisenberg’s demo of 1 World Trade Center showed the capability to walk through floors, see furniture placements, and even look out windows that glance over New York City.

Currently, the company has only completed projects in New York, Boston, and Washington, D.C., but Eisenberg said it will likely be available in other markets later this year.