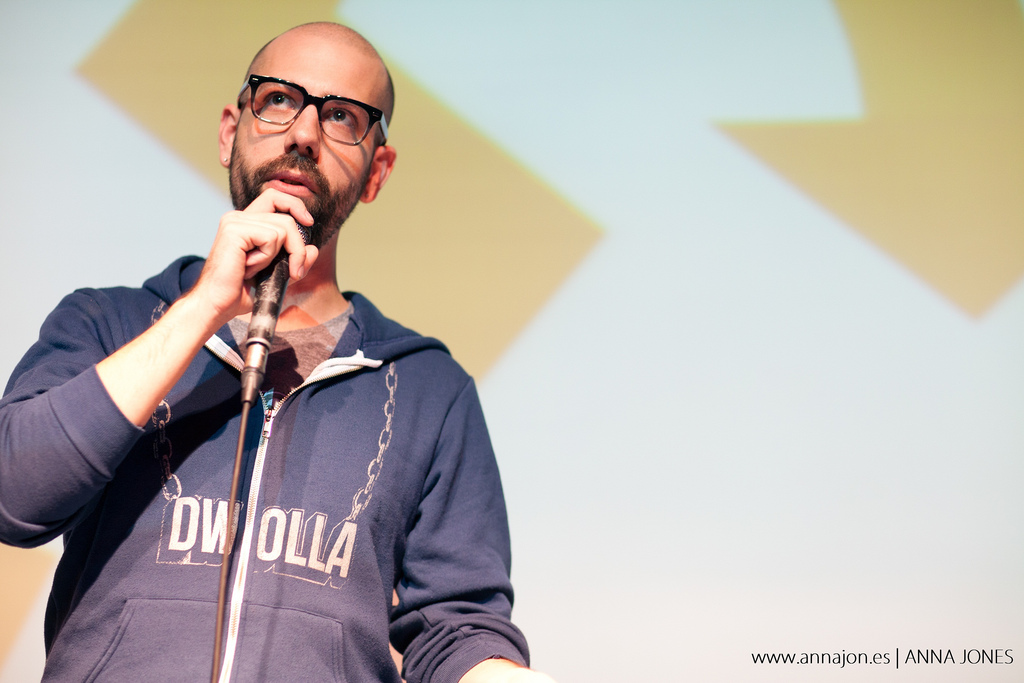 Dwolla’s software allows anyone or anything connected to the Internet to move money. Individuals all the way up to enterprise companies can use the technology to send, request, and accept money from anyone else, and transactions can be conducted through email, mobile devices, and even social media.

“Dwolla has created its own, standalone payment network,” said director of communications Jordan Lampe in an email. “This allows the company to bypass traditional fees, problems, and delays associated with card and check-based networks. But it doesn’t stop there; by starting completely over, we’re able to create a versatile payment network that’s able to work with any bank account. This means that the same system that is used to buy a cup of coffee at your favorite java spot is also the same system that’s allowing retailers in the state of Iowa to pay over $125 million in taxes. Trippy stuff.”

As he mentioned, Dwolla formed a partnership with the state of Iowa last year to process taxes. The company also introduced FiSync, which it claims is the nation’s first real-time payment network for financial institutions and tackles on some of the problems of the Automated Clearing House (ACH) transfer system. Dwolla also made an “800 bank and credit unions partnership” with mFoundry. These partnerships accelerated Dwolla’s growth, and its annual processing run-rate is now in the billions, with a fast growing user base as well. The scaleability of the system, as well as its flexibility, make the technology attractive to investors as well as individuals and businesses.

“[Andreessen Horowitz] makes bets on companies that change the underlying fabric of their markets and, like Facebook, Twitter, and GitHub; we think Dwolla is going to do it in the banking world,” said Andreessen partner Scott Weiss in a statement. “The fact that Dwolla’s network can simultaneously meet the needs of a complex enterprise or government, while allowing a parent to pay the babysitter with her phone, reflects just how simple and strikingly different this solution is in the marketplace.”

Dwolla’s network securely connects to your bank accounts and allows you to send money for $.25 cents per transaction (free for transactions $10 or less). The money can only be transferred between Dwolla accounts, so the recipient will need to create one to use the funds. The fees are so low because there are no credit and debit cards, and the company said this approach is far more secure than credit cards and checks because your information is not exposed to strangers. Dwolla also offers tools for developers to integrate the technology into their own sites.

The company will use this third round of financing to further develop its enterprise products, and support customer/geographic growth. Dwolla is headquartered in Des Moines, Iowa and will open its fifth U.S. office in San Francisco to complete its “coast-to-coast” pipeline, as well as add to the teams in other offices. Previous investors Village Ventures, Thrive Capital, and Union Square Ventures also contributed. Dwolla raised its $5 million Series B round in February 2012.

The financial industry is in a state of transformation right now as forces like Bitcoin take it by storm and startups are revolutionizing payments from all angles, whether it is through mobile point-of-sale systems like Square,  peer-to-peer social payments like Venmo, or backend payment support like Stripe. Dwolla’s idea is that people and businesses shouldn’t have to rely on large corporate third-party institutions like credit card companies or banks to do business. You shouldn’t have to lose money to move money.