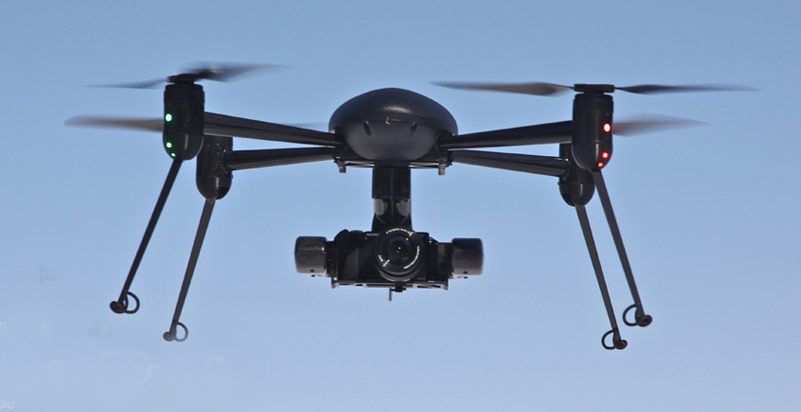 Usually, the Mounties get their man. And usually when we hear about unmanned aerial vehicles or drones, they’re killing suspected terrorists or enemy combatants.

This time, however, a drone saved a life.

“To our knowledge, this is the first time that a life may have been saved with the use of a sUAS (small Unmanned Aerial System) helicopter,” says Zenon Dragan, the founder of Draganfly.

After a car accident yesterday near Saskatoon, Saskatchewan, an injured and disoriented driver wandered away from the accident scene in near-freezing temperatures. Royal Canadian Mounted Police who responded to the incident couldn’t find the man, who was in danger of dying of exposure and hypothermia. 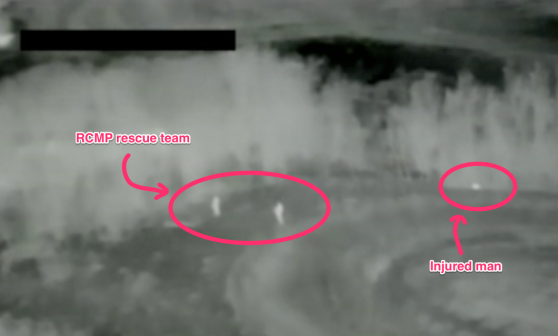 Above: View from the drone, via an infrared camera.

After the driver called 911 call, telling operators he had no jacket and had lost his shoes, the local mobile carrier helped police narrow down his location — a field two miles away — via GPS. Honking, sirens, and flashing lights did not spur the injured man to make his location known, so RCMP Cpl. Doug Green launched his Dragan Flyer X4-ES, which is equipped with a forward looking infrared camera (FLIR).

He found a heat signature 200 meters (320 feet) from the last-known GPS location, and a rescue team found the driver at the base of a tree next to a snow bank, unresponsive and curled up in a ball. They quickly picked him up, brought him to an ambulance, and transported him to hospital.

“Without the UAV and FLIR, searchers would not have been able to locate the driver until daylight,” the RCMP said in a statement.

At which point, given that he was already unresponsive, was next to a snow bank, and the night would only have gotten colder until dawn, he probably would have been dead.

For once, it’s not just marketing jargon.

Here’s the video from the drone: