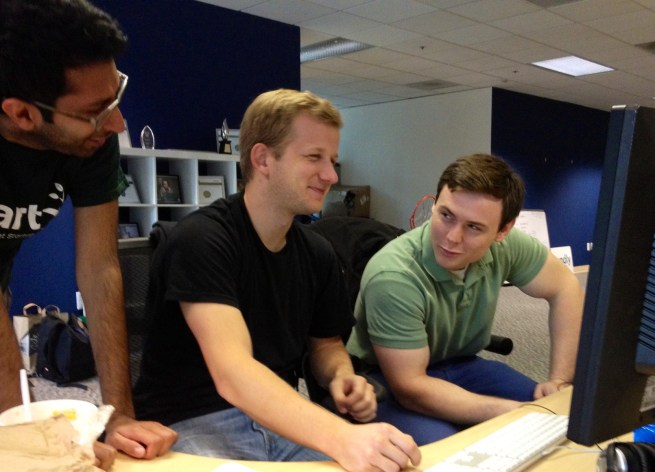 Cover letters and résumés could soon be things of the past thanks to one Mountain View, Calif. ed-tech startup.

Companies pay a fee to post contests on the MindSumo site that are open and free to students with current .edu email addresses.

For example, one of the current challenges asks students to propose an algorithm for a visual tracking system that can be used to identify endangered rhinos and protect them from poachers. The winner receives a trip to Kenya, with a seven-day stay at the Ol Pejeta preserve. They’ll tour the preserve and help implement their winning idea.

Facebook, Microsoft, Kayak, Amazon, and others have all signed on to host challenges with the company that began in 2011 as part of the Stanford Student Accelerator StartX. Last year, MindSumo raised $1 million in a seed round funding from investors including Google Ventures, Voyager Capital, and Data Collective.

Swett and Hazy, who are both half Hungarian, originally met one summer while volunteering for their churches in Hungary.

Swett, a 26-year-old Johns Hopkins University graduate and president of the company, said the premise of MindSumo Challenges is to expose students to real world situations, noting that it’s like building a portfolio to prove you’re a good candidate.

“Students don’t know where to go for opportunities they want,” Swett said in an interview with VentureBeat. “Companies find it hard to evaluate their work too, so [MindSumo] provides meaningful engagement and a greater depth of information on relevant skills.”

CEO and Stanford University alum Hazy, also 26, said MindSumo has become the token pivot story for StartX since their ideas were torn down upon entering the incubator. Essentially, they were accepted to the program because they had a strong team, but they lacked a viable company objective.

StartX mentors told them to lock themselves in a room with whiteboards and ask where they saw the world headed in five years. Hazy said this was terrifying.

“Our original idea was to build an opinion app that crowdsourced buying choices,” he said. “We realized you can monetize solutions but not opinions.”

The website has continued to evolve since. On April 22, the company launched Resume Review, which gives individualized resume feedback from a team of industry professionals and recruiting experts. They company now has eight full-time employees.

So, what advice do they have for up-and-coming entrepreneurs? 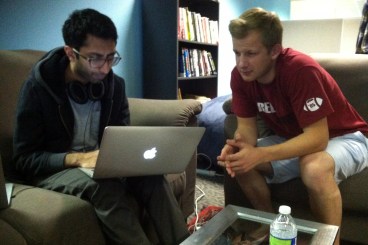 Above: CTO Puranik and CEO Hazy

“Find the right people to start whatever you want to start,” Swett said. “Most startups fail because of founder issues. It’s also important to be very straightforward about the vision you have and be flexible about it.”

Hazy said that an important phrase to remember during the startup process is the idea of an unfair advantage.

“You have either the connections or skills,” he said. “You need to dig and figure out where you can pull on levers.”

Swett said MindSumo is different from their competitors, such as College Feed and Ready Force, since MindSumo is not just a database of profiles.

Find out more about the startup here.