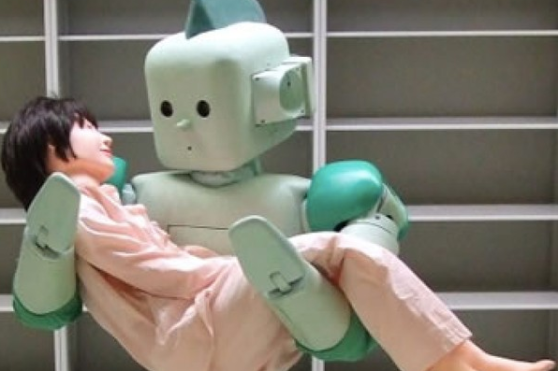 If you’ve been waiting for the day when robot doctors will cut you open, monitor you recovery, and keep you company in your hospital room, you won’t have to wait much longer.

“We’re in the first inning of a nine-inning exercise. The average patient walks in a hospital and is not touched by robotics. That’s going to change in 10 years,” said John Simon, a partner at Boston-based investment firm Sigma Prime Ventures.

That adoption rate, Simon argues, is based on cost: As the price of robotics adoption decreases, hospitals may be more likely to invest in new technology. At their core, robots aren’t all that different from any other hospital gear.

The problem for hospitals, however, is that there’s a danger in pursuing robotics too far. “With medical robots,  if you automate something too much, people won’t accept it,” Simon said.

This results in a fine line that hospitals and doctors must manage. While some automation and robotics is good, the last thing a hospital wants to do is embrace robots to such an extent that they alienate patients.

Little of that, however, is on the minds of hospitals today. Right now, most of them are just trying to figure out how to get robots in the front door. Here are a few ways robots are changing hospitals today. 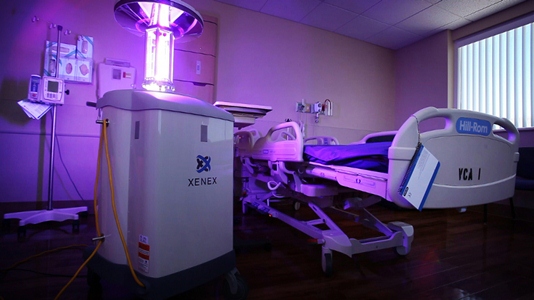 In hospitals, fewer things are more lethal than the average bacterium. Approximately 1.7 million people get sick each year as a result of so-called “health care-associated infections,” and 99,000 of them die. So you might say that tackling this issue is a major problem for hospitals.

One potential fix is Xenex, a 5-foot, 2-inch robot that fights bacteria by flashing hospital rooms with ultraviolet light. This light, which comes from a Xenon bulb, damages the cell walls of bacteria, frying their DNA and preventing them from reproducing. (The light is so powerful that even humans have to leave the room while the Xenex is working its magic.)

While Xenex has only been around since 2009, evidence suggests that it’s working pretty well so far. Cone Health System, a health care provider in North Carolina, says that Healthcare-Associated Infections dropped over 40 percent after it started using Xenex. Another hospital, Massachusetts’s Cooley Dickinson Hospital, says that Xenex’s helped cut rates of infection of Clostridium difficile by 82 percent, according to a Xenex case study. 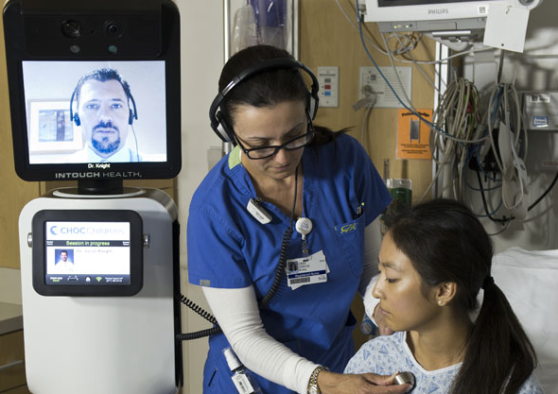 Keeping doctors present … even when they aren’t

Fewer companies are as well known in the robotics world as iRobot, the creator of the Roomba vacuum cleaner. But while iRobot is dominating the consumer space, it’s also doing some interesting things areas like defense, naval exploration  and, in particular, health care.

Among its health care products is Remote Presence Virtual + Independent Telemedicine Assistant (RP-VITA), a tablet-controlled telepresence bot it developed alongside InTouch Health. Unveiled last July, the RP-VITA lets doctors care for patients remotely, allowing them consult with patients even when they’re miles away.

Reception to the idea has been pretty strong so far. Not only has the device been commercially deployed in seven American hospitals but the RP-VITA is also the first telemedicine robot approved by the U.S. Food and Drug Administration. Telemedicine is officially a thing. 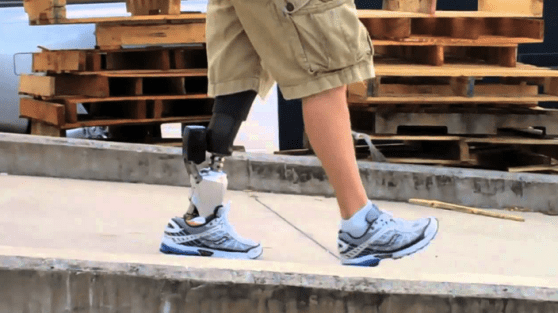 While some robots are mostly about improving patients’  in-hospital experiences, device’s like the BiOM prosthetic ankle system are improving their whole lives. Developed by Boston-based robotics firm iWalk, the BiOM solves one of the less-advertised problems with conventional prosthetics: They’re exhausting to use.

“When people wear prosthetics, they are providing all the power themselves and sort of dragging this leg around,” notes Sigma Prime’s John Simon, whose firm invests in iWalk.

The problem is one of angles. When we walk up ramps or take stairs, our ankles rarely stay at one angle — but that’s exactly how most prosthetics force wearers to walk around. This is why the BiOM is so effective: Instead of forcing the wearer to power it with their own bodies, it powers itself. And that makes a huge difference.

The only problem with the BiOM is cost: The device runs for $50,000. And while that’s not cheap, it’s a small price to pay for amputees looking to walk around freely again. 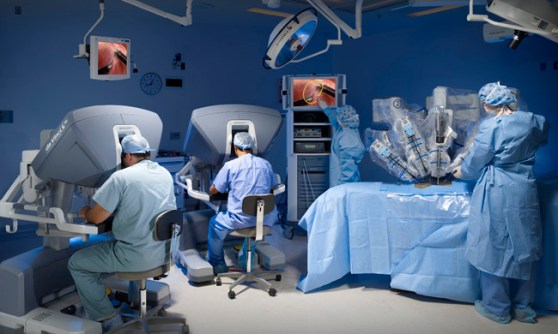 If you’re a surgeon operating today, it’s hard not to be at least a bit enticed by robotic surgery. Surgical robots promise the capability to operate on patients quickly, accurately, and with fewer of the side-effects associated with traditional surgery. By creating smaller incisions, robotic surgery (which is mostly just robot-assisted surgery at this point) cuts blood loss and reduces recovery time (which means patients leave hospitals earlier). Adding to the intrigue is the possibility of remote surgery, which enables doctors to operate on patient from halfway across the world.

The problem is that robotic surgery systems are really expensive.  Systems like the da Vinci cost at least $1.5 million, and for a lot of hospitals, it’s tough to justify that sort of investment. More, robotic surgery systems carry with them significant liabilities, as Intuitive Robotics found out earlier this year. In February, the FDA launched a probe into claims that the Da Vinci was causing post-operation complications for patients. Intuitive surgical maintains that adverse event rates are low, but the debate over the company’s products is ongoing.

Still, in spite of this recent skepticism, robotic surgery remains a popular option for procedures like prostate cancer extraction, which, due to the, er, difficulty of access, is often better left to robot hands than those of humans. 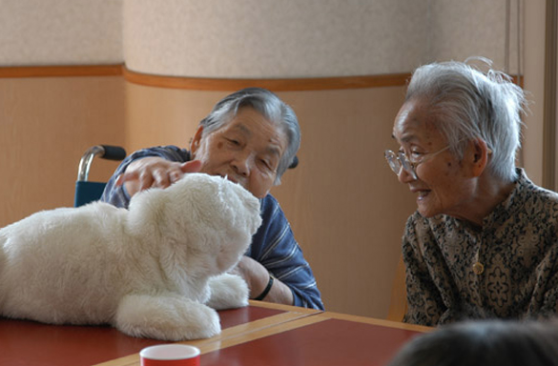 Keeping patients and the elderly company

If all of this talk about amputees, bacteria, and botched operations has got you down, I offer the Paro, a well-known therapeutics robot developed by Japanese research company AIST. Paro has a very simple but very important job: It’s supposed to feel like a pet. Similar to the that ancient tabby that your grandmother’s nursing home keeps around, Paro relaxes patients in ways that other humans can’t. Aist, which was developed over 10 years ago, still remains one of the most well-known robots of its kind.