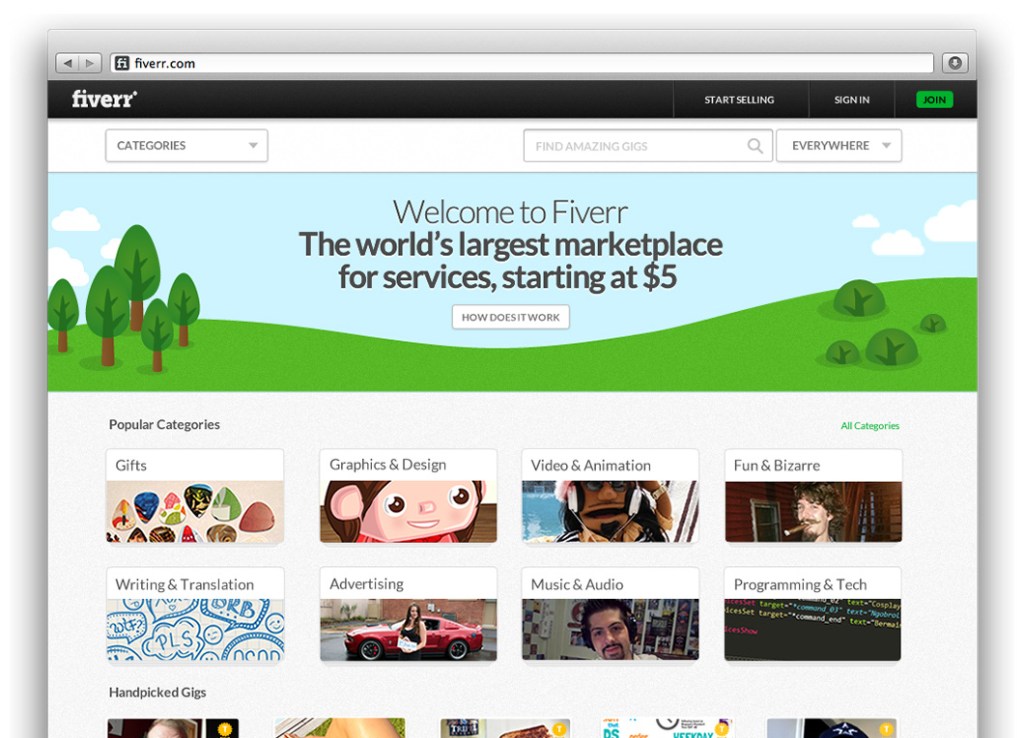 Fiverr reinvented itself today, keeping the five but adding two zeroes behind it as the everything-for-five-dollars marketplace goes upscale, seeking to power the emerging “gig economy.”

The new Fiverr will offer a dramatic new design that transforms the existing mostly text-based Fiverr into a very visual, almost app-store-like experience. The new look also extends to individual “Gig Pages” for Fiverr users, which offers a richer display of sellers, their talents, and their buyer feedback.

The gig economy, the company says, is all about a new model of work. 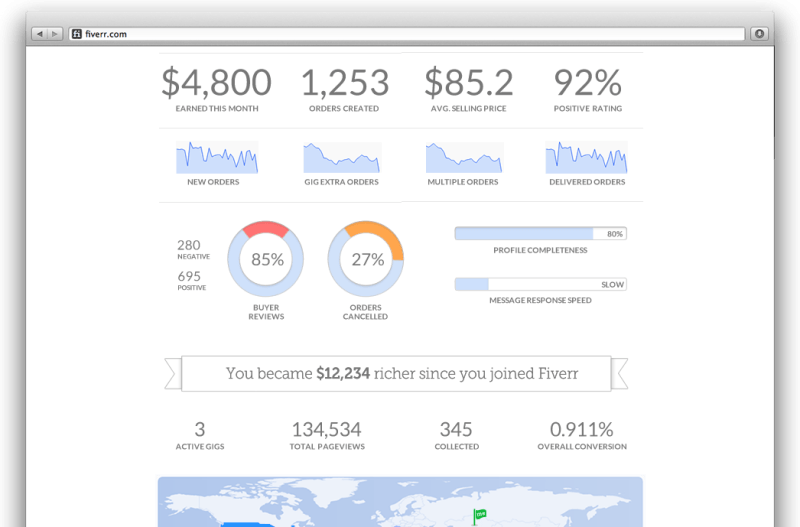 “The new Fiverr is a reflection of the shift from an outdated work model to the new entrepreneur,” Micha Kaufman, CEO and co-founder of Fiverr, said in a statement. “We will continue to follow this passion and drive this movement forward.”

Originally on Fiverr, if sellers wanted to charge more than $5 for services, they needed to ask buyers to purchase multiple orders, or purchase add-on extras. Now, Fiverr enables prices up to $500 for services that are definitely moving up the ladder in categories like branding and animation that could benefit from more work than even very inexpensive hires could previously offer for $5.

Fiverr currently offers 1.7 million gigs in 120 categories and has millions of users from more than 200 countries. The new look and features will be rolling out to Fiverr users over the next few weeks.

You can get them a bit earlier by signing up for quick access at this page Fiverr has released.