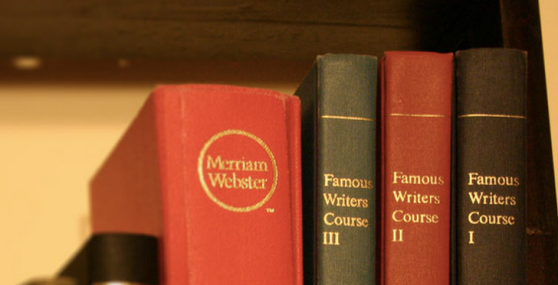 Scripted.com, a marketplace joining freelance writers with businesses that need marketing copy, has raised a $4.5 million first round of investment.

The company has a pool of over 80,000 vetted writers around the world, it claims, who can write expertly on topics “ranging from cloud computing to fashion.” In effect, it acts as a talent agency for these writers, pitches their services to its customers, then edits and delivers that content to aid in its customers’ marketing efforts. The content includes blog posts, social media posts, white papers, e-books, case studies, and the now rather old-fashioned-seeming standby, press releases.

Scripted currently has over 1,000 customers, including Verisign, Intuit, and Levi’s, and has delivered tens of thousands of pieces of content to its customers. It was founded in 2011 (as a scriptwriting business), and is based in San Francisco.

The Series A was led by Crosslink Capital and Redpoint Ventures. Crosslink led the company’s seed round of $700,000 in late 2011.

I asked why Redpoint would invest in a content business, which is usually difficult to scale (like a consulting business, you can only grow a content-creation company by adding more workers, so VCs typically stay away from this kind of business model.) Redpoint’s Chris Moore replied via email:

Scripted is not a content startup, but a marketplace for content creation labor. Analogs are verticalized labor marketplace companies like Live Ops and Axiom rather than your typical internet content/media businesses. Unlike other freelancer marketplace models (like oDesk, elance), Scripted has built a platform on top of the labor marketplace to deliver a complete solution (i.e., output is a finished blog post, rather than pointers to several potentially viable freelancers).

As a result, he said, Scripted has better margins than your average content play.

Chris Moore from Redpoint Ventures and Eric Chin from Crosslink Capital will be joining Scripted’s board. Other investors in the round include James Currier and Stan Chudnovsky from Ooga Labs, Branchout CEO Rick Marini, Bebo co-founder Michael Birch, Military.com co-founder Chris Miichel and LA angel, investor Paige Craig, according to the company’s press release.

The company did not state whether its press release was written by one of its 80,000 freelance writers.