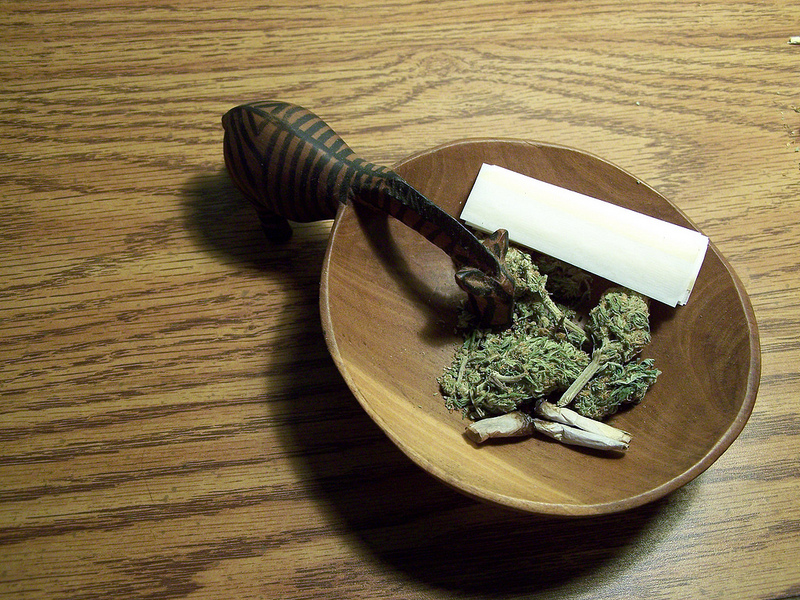 Weed is a big business.

Ghost Group, a venture capital firm located in Newport Beach, California, is raising a fund to provide people with an opportunity to invest in the growing (ha) marijuana industry. Ghost Group manages two funds. The latest is called Emerald Ocean Capital and will invest in companies and technology in the “legal cannabis and medical marijuana” sector.

The marijuana industry is in a state of transformation. Colorado and Washington legalized the drug for adult use, and 18 states have enacted laws to legalize medical marijuana. The Pew Research Center conducted a study in March that found that not only do 65 percent of millennials (people born since 1980) favor legalizing marijuana but that 50 percent of Baby Boomers (born between 1946-1964) and 54 percent of Generation X (born 1965-1980) also favor doing so.

“Similar to the end of prohibition, the marijuana industry is in a transformative era, and Ghost Group and its host of companies are well positioned to take advantage of the unrealized potential of this burgeoning sector,” said cofounder and partner Justin Hartfield.

Emerald Ocean Capital seeks to be a pioneer in “navigating the cannabis opportunity” by acquiring companies and forging ahead with businesses that, upon legalization, give it a first-to-market advantage. EOC will engage in lobbying efforts as well as fund the next wave of “professional pot entrepreneurs.” CNBC  estimated that the illegal marijuana market is $18 billion a year, and if legal, this market could skyrocket. However, since it is still illegal at the federal level, there are issues with banking as well as a lack of professionalism in the sector. It is not currently an industry loaded with operational talent. And “dogfooding” the product — aka using it — likely has an adverse effect on productivity.

Hartfield launched Weedmaps.com in July 2008 to help people find the best and nearest medical marijuana dispensaries. It now attracts 1,675,000 visitors per month and brings in $1.5 million of monthly revenue. Weedmaps owns marijuana.com, which will “sell more marijuana than anybody in the world” once it is legal to do so. Cannabinoid Science System is another portfolio company, which tests cannabis and does research on “terpenes extraction.” Other potential areas of investment are land banking, cosmetics and nutritional supplements, hemp industry, machines and equipment, weed tourism, venues and events, and cannabis-friendly restaurants and bars.

The perception and habits surrounding marijuana are shifting, and government — state and federal — is slowly beginning to reflect these changes. If startups were deterred by legal ambiguity and controversy, we wouldn’t have some of the great, disruptive companies that we have today. Policy changes are opening up massive opportunities in healthcare and businesses financing, and the same is possible for weed. The stakes — and the potential for returns — are sky high (sorry, I had to).

Ghost Group is not the only organization looking to capitalize on this sector. Seattle private-equity fund Privateer Holdings is also making moves by buying up smaller weed companies in anticipation of the day when having a massive weed conglomerate will pay off.

Photo credit: it was 3 a.m./Flickr