Apple announced a new Mac Pro — the first in years — at its World Wide Developer Conference today. And it looks like a big circular battery, built around a central thermal core, Apple said. But this “battery” is only 1/8 the volume of the previous machine.

“It is a stunning product,” Schiller said. “This is without a doubt the future of the pro desktop.” 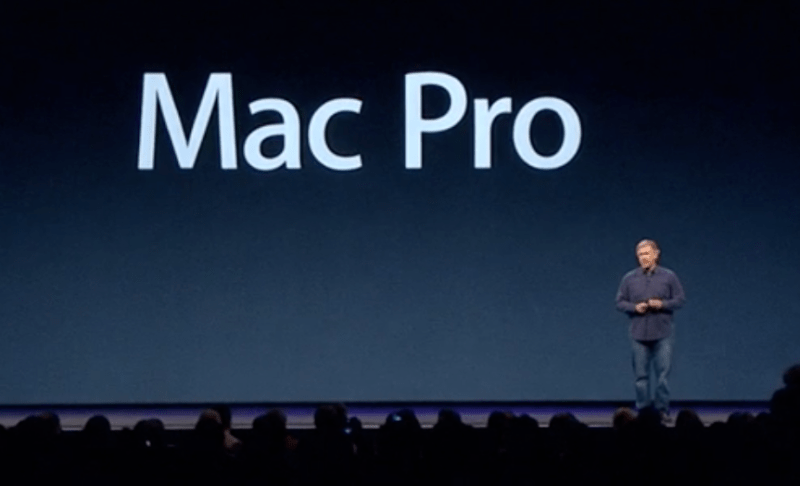 It’s the first Mac Pro with a Flash-based hard drive: PCIe, with up to 1.25 Gbps reads and 1 Gbps writes. That’s 2.5 times faster than Flash drive Apple has released, Schiller said, and a staggering 10 times faster than any hard drive the company has ever put in a Mac Pro.

It’s also the first Mac with full HDMI out, Schiller says. And did we mention that it’s tiny. Here’s what it looks like compared to the old — and we do mean old — version: 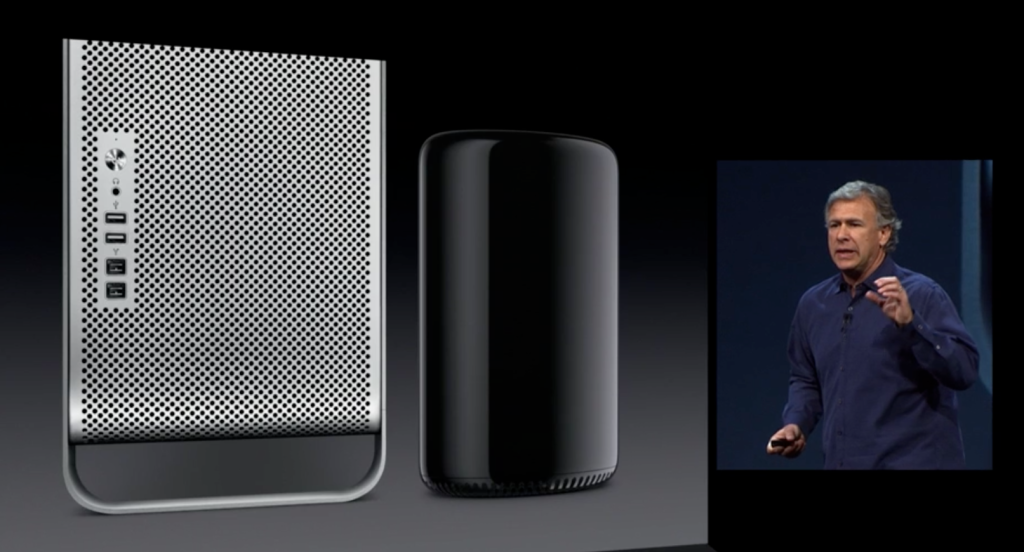 “The entire top is a handle,” Schiller said, referring to one of the most-loved features of the old Mac Pro Tower, it’s twin top handles. “And it has a motion sensor and lights up to show the I/O ports when you turn it.”