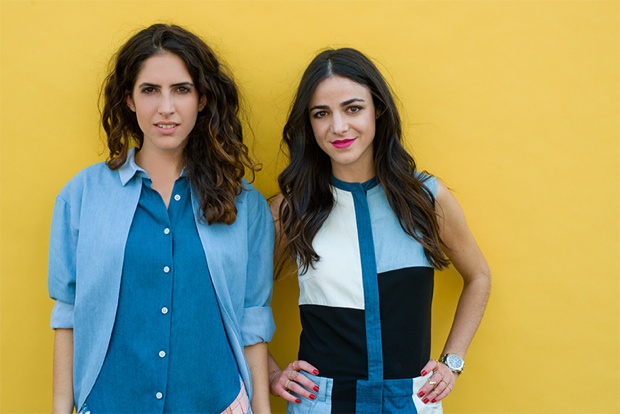 Two lifelong friends — with the same name, no less — have come up with a way for fashionistas to keep their closets fresh without going broke. Technically, it doesn’t involve any money at all.

Sari Azout and Sari Bibliowicz (above) have spent the past few years working on Bib + Tuck, a New York City-based members-only site that lets women trade their fashion items for virtual currency. After launching in private beta last November, the company is announcing that it has received $600,000 in seed funding from investor Chris Burch and others.

“The Internet allows us to build brand, tell a story, and master a demographic,” said Azout in an interview with VentureBeat. “Our audience feels like they’re part of something by using this site.”

At its core, Bib + Tuck looks like a mashup of Pinterest’s focus on visuals, deals from members-only shopping sites like Thrillist, and sharing economy startups like Lyft. Members can put their own clothes up for trade (the site calls this “bibbing”), and once they’ve amassed a decent amount of credits, they can trade them for other members’ items (“tucking’). If you just want to shop, you can simply pay for credits (this is the company’s subtle monetization plan). 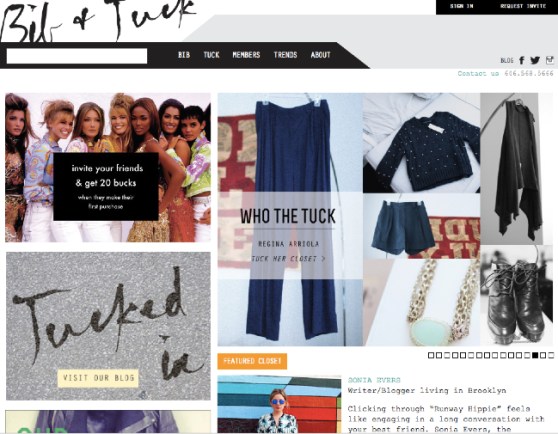 By emphasizing gorgeous photos from its members, the site also lets women use their closets as a means of self-expression. Bib + Tuck’s members feel cool by using the site, the founders tell me. Its members currently include actor and singer Sasha Spielberg, daughter of Steven Spielberg, as well as a who’s who from NYC’s fashion scene.

While there are plenty of other ways for women to clear out their wardrobes — like donating to charity, or selling things on eBay — Bib + Tuck is positioning itself as a smarter option for the fashion focused. It’s an inexpensive way to refresh your closet, and it could also be the perfect way to find something you’ll only wear once (which you can then relist on the site).

So far, Azout and Bibliowicz have bootstrapped the site with more than $100,000 of their own funds. Bib + Tuck has snagged more than 10,000 members since its beta launch in November, and while it’s not ready to open to the public yet, the founders tell me that’s going to happen soon.

With its new funding, the company plans to hire more employees, scale the site in anticipation of going public, and launch an iPhone app later this summer.

The co-founders’ story is something out of fiction. Azout and Bibliowicz met in preschool in Columbia and became fast friends (even then, they bonded over their similar wardrobes). The pair eventually ended up living in the same NYC building together during college, and it wasn’t long before they began sharing their clothes. Eventually, they realized that it would be great if other women could just as easily open up their closets.

“We’re trying to build a viral brand,” one of the Saris said (to be honest, I had difficulty keeping track of who said what in this interview).

Below, Bib + Tuck’s co-founders get a makeover from the Idiosyncratic Fashionistas: