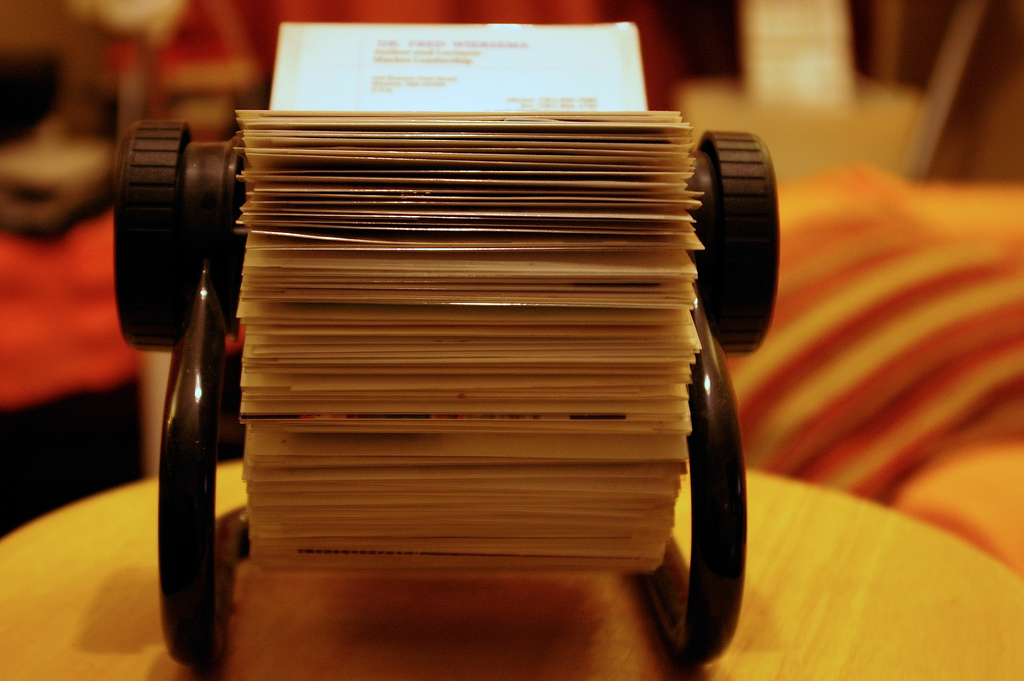 A Rolodex filled with two million of the wealthiest and most influential people in the world sounds like a business urban legend.

Relationship Science has created one, however, and people are willing to spend thousands of dollars for access. Today the startup announced raising an additional $30 million, closely following its public debut and a $60 million round of funding in February 2013.

Instead of being about “who you know,” Relationship Science proclaims “it’s all about you who really know.”

The startup offers “the ultimate business development tool.” It has amassed an online database of two million “top decision-makers” including bankers, private equity workers, and venture capitalists as well as 800,000 organizations across the public, private, finance, and nonprofit sectors. The cloud-based customer relationship management (CRM) tool tracks the “1 percent” and relies mostly on manpower to do it.

During an interview with VentureBeat surrounding the startup’s launch, founder and chief executive officer Neal Goldman said that the decision not to rely on an algorithm to scrape the data was deliberate. Many influential people do not use social media sites like Facebook or LinkedIn, and thus Relationship Science’s results are more sophisticated and personalized. It has taken almost 700 people — mostly in India and New York — over two years to build.

Clients use the research-driven profiles to gain a deeper understanding of the people and organizations they want to do business with. The profiles include information about work history, board connections, deal history, education, nonprofit donations and affiliations, political donations, personal interests, creative works and awards, business relationships, and relevant familiar connections.

It’s like learning a potential business partner is an avid boater and reading up on schooners … times 100.

Using Relationship Science enables people to discover new relationships, advance existing ones, and maximize every opportunity as well as figure out the best way to contact that person directly. The site does not contain people’s phone numbers or email addresses, but it does map connections so you can leverage your own professional network to find warm leads.

A number of other relationship CRM tools have attempted in the past and largely failed, but the company is extremely well funded, and Goldman said his ultimate goal is to build “the entire interweb of relationships.” New investors include Reuben Jeffery, David Komansky (former chairman and CEO of Merrill Lynch), Randy Lerner, Stephen Luczo, William Rudin, and Salesforce.com. Previous investors include Ken Langone, Henry Kravis, Stanley Druckenmiller, Andrew Tish, Ron Burkle, and Joe Perella.

So far this year, Relationship Science has signed up over 150 client organizations, including well-known investment banks, private equity firms, law firms, wealth management firms, universities, hedge funds corporations, consulting firms, and nonprofit organizations. While its niche is the financial industry, the plan is ultimately to branch out into other sectors. This funding will support the company as it strives to meet customer demand, accelerate development of new services, create new applications, and expand the content of its database.