Apple’s iWork for iCloud is now out in beta, as promised at the company’s annual developers’ conference, WWDC. Apple started giving staged early access to developers this week.

The new web-based apps — Pages, Numbers, and Keynote — are intended to be usable by virtually anyone on any platform and will compete with Google Docs and other web-based productivity suites such as Office 365 from Microsoft. Critically, any documents created on iWork for iCloud are immediately synced to all of your Apple devices — iPads, iPhones, and iPod touches. In addition, any changes to the documents are reflected on those devices immediately.

Here are some screenshots a developer took for me: 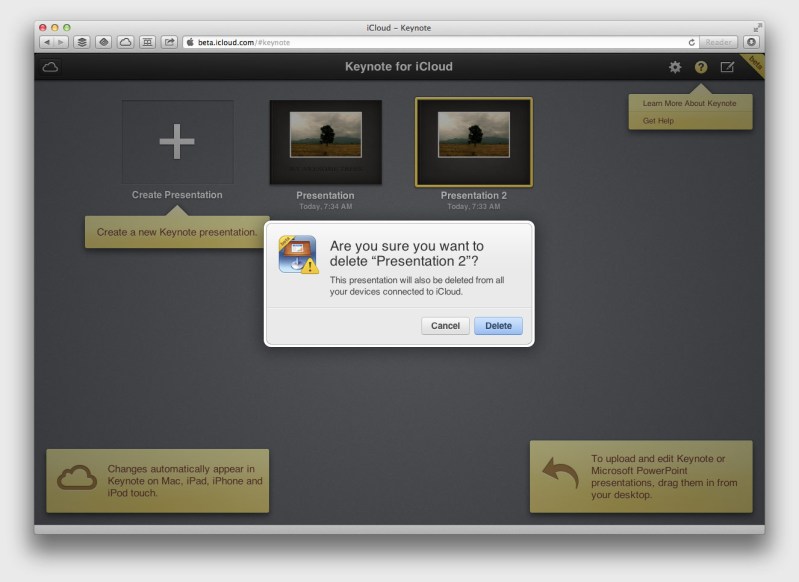 I took some time to play with the iCloud apps, creating and editing a few documents each in Pages, Numbers, and Keynote.

Despite the fact that they’re in beta, everything feels solid, complete, and fast. Google is all about speed, and I use Google Docs every day, but these documents felt just as fast to me even though they include the signature Apple design and therefore have far more images and backgrounds than Google Docs.

The templates are rich and simple to use, and working on cloud-based documents felt pretty much like working on a desktop application. As soon as you create or edit a document, iCloud displays it and syncs it, which does take some time. But there’s no need to wait for it — iCloud will happily work in the background or when you’re offline. 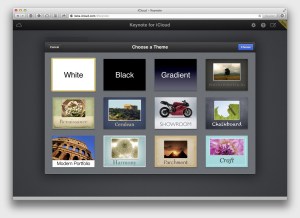 One thing that’s important to keep in mind: deleting from iCloud deletes documents from all your devices simultaneously.

There’s no trash can, so be careful what you do throw out. Once you delete a document, it’s gone for good. I’m wondering if Apple will change this as the apps exit beta, but to do so would be to add organization such as folders to iCloud documents, which Apple has resisted doing so far. Still, it’d be important to protect users from accidental deletions.

One oddity: To open an app or a document, you double-click it, just like on the desktop.

That feels a little odd on the web, but I suppose it’s Apple’s little reminder that you’re still home sweet home in iWork no matter where you’re opening a document from.