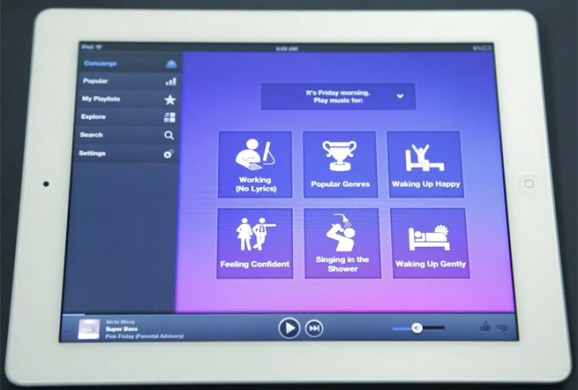 You have a ton of choices on web and mobile about where to listen to streaming music. One of the most underrated of them is Songza, which curates fresh, smart playlists for any mood, activity, or time of day.

But one thing that Songza has been missing is a paid option to listen to songs without advertising. Now the service has thankfully remedied this with Club Songza, which gives you playlists with no advertising and twice as many skips.

New York City-based Songza claims to have 4.8 million monthly active users and launched a new iPhone app back in May. It was founded in 2007 and recently raised $3.82 million in new funding.