Denver might not get the attention San Francisco and New York get when it comes to startups, but it has one of the fastest emerging communities in the U.S. And like some of the biggest startup hubs, Denver’s startups are investing in some killer real estate.

Case in point: Convercent, a startup quickly disrupting the stodgy area of compliance, has just moved into an incredible new space in Denver’s Golden Triangle neighborhood.

In the middle of July, Convercent’s 80 employees moved into the new office at 929 Broadway, which spans 21,000 square feet across two floors. The building wasn’t inhabited for six years, but was renovated to make room for Convercent. There’s enough room to support up to 150 employees, and it includes a huge kitchen, sleek conference rooms, and unique graffiti art created by a prominent Denver artist.

“Finding office space in Denver is hard,” Convercent CEO Patrick Quinlan told VentureBeat. “It took us less time to get funding than to find space. … It took seven months to get the lease signed.”

Convercent has raised $10.8 million in equity and debt to date, closing its $10.2 million first round in January. So it’s clearly an up-and-comer in Denver.

On top of the digs for Convercent, 4,000 square feet of the space will be dedicated for the Denver tech community to use here and there. Which makes sense because the Denver city government actually invested in the space by providing a $250,000 loan with minimal interest.

“We wanted some space open for other tech organizations to use,” Quinlan said. “People can drop in for a day or use it for a day for a meeting.”

Quinlan said he’s confident about Denver’s future prospects, saying that it has attracted more recent activity than Boulder, another Colorado startup hub. Quinlan noted that 33 Denver companies raised $280 million in 2012, with each of those businesses raising more than $1 million in capital. A few other notable tech companies making noise in Denver are Rally Software, Wayin, TrackVia, and LogRhythm.

Already taking advantage of the space to help the community, Convercent hosted the Rocky Mountain Tech Meetup a few weeks back.

Check out more photos of the new space below. 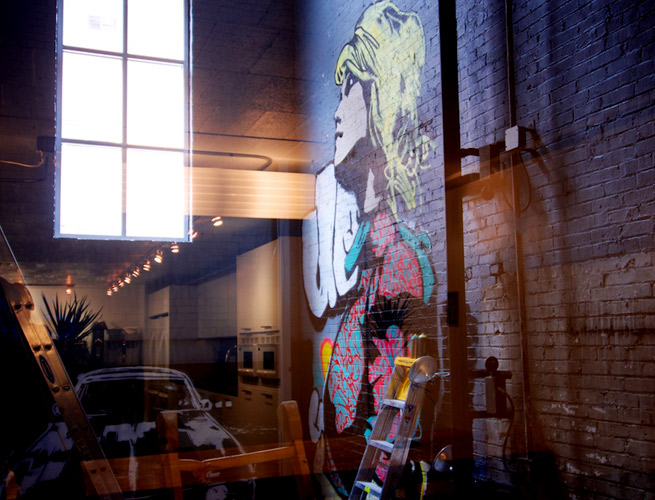