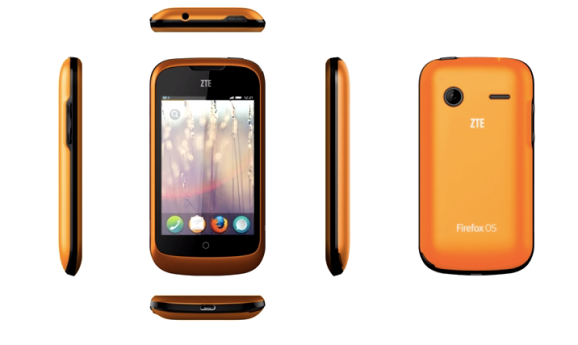 To sell its first Firefox OS smartphone in the US and UK, ZTE is turning to eBay.

In a slightly strange move, ZTE announced today that it will “soon” sell the $80 (£60) ZTE Open on eBay, where it will appear exclusively in orange. The company says the move is all about bringing the ZTE Open to more consumers.

“It is a great honor to launch the ZTE Open Firefox OS phone worldwide through eBay. ZTE is devoted to providing more options for customers globally and enabling them to live better lives via advanced technology,” ZTE vice president Dai Wenhong said in a statement.

As Mozilla points out in its own blog post about the announcement, because the ZTE Open will be sold unlocked, it won’t come with any local apps or features, nor will it be optimized for specific networks. An unlocked web-based smartphone with no carrier bloatware? Sounds pretty good to me.

Launched last month in Spain, Colombia, and Germany, the ZTE Open represents the first step in Mozilla’s interesting take on the smartphone operating system. Rather than rely on proprietary platform tech for its apps and operating system, Mozilla’s mobile OS relies on the web itself.

And the company hopes this unconventional take will attract the interests not only of developers, but also of carriers, who are eager to offer a compelling alternative to iOS and Android. (So far over 18 carriers have pledged support for Firefox OS.)