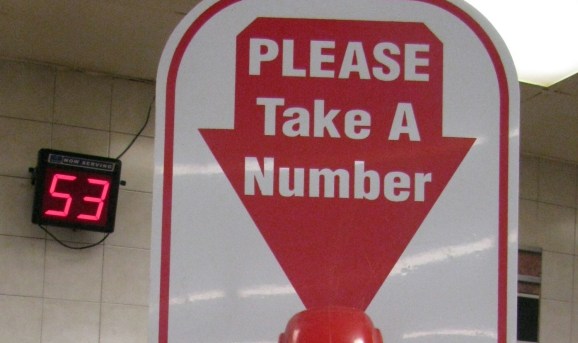 VANCOUVER — Not every tech founder can follow up a massive success with another massive success. But a couple years after a failed gaming endeavor, Glitch, it looks like Flickr cofounder Stewart Butterfield may have another big winner on his hands.

At least, if the early returns are any indication.

“We did the launch announcement yesterday morning,” Butterfield told me today at Grow Conference in Vancouver today. “And so far, it’s been 24 hours … 8,000 companies have signed up.”

That’s many more companies than Butterfield expected — so much so that he joked that the wait list to get into the limited preview release would take approximately four years.

“That’s way more than we can handle,” he said. “Technologically, no problem, we can handle it.” But onboarding each company is a process, as expected.

Slack is an internal communications tool for distributed teams — a Yammer, in a sense. The goal is to bring all your company’s communication together in one place, from e-mail, instant messaging, text messages, Yammer-like tools, corporate intranets, wikis, and more. And after seeing it, it’s just possible that Slack could massively reduce our crippling dependence on email.

The tool isn’t just a connector, communicator, and file-transfer utility. It also connects with external services such as DropBox, Twitter, Zendesk, Crashlytics, HelpScout, and Heroku and integrates their announcements, alerts, bug tracking, and data into the communications stream when and where appropriate. In addition, with distributed search built right into Slack as a core part of the product, full-text search for any documents uploaded to the system — and for any Google Documents shared on Slack — it’s a single place to manage just about everything.

Organizations that have been trying Slack in its private beta-test period have dramatically reduced their dependence on e-mail, Butterfield told me.

But he’s not letting 8,000 potential customers on the Slack waiting list get him too excited. Butterfield is realistic about the challenges of enterprise software adoption.

“We have a real challenge getting organizations to switch, because if it’s consumer software, it’s just one person who need to put it on your phone, and you use it,” he told me. “But when you have to convince 17 people at once, or 35 people, 58 people, and some people come to office pissed off about something that happened … and then their boss comes in and tells them they need to use the new notifications system, sometimes they say, ‘Fuck you!'”

At minimum, however, it’s a good start.