It’s always interesting to sit in on someone else’s conversation. Especially when the topic is yourself.

A Google press rep accidentally included the wrong attachment in an email to multiple journalists today, revealing part of what looks like Google’s YouTube press coverage goals, plans, and progress for last year — and what the rep thinks of various publications’ stories about YouTube.

Update: After publishing, the rep within Google’s PR team who sent me this told me it was an old template from his former life in an agency, and that he was thinking about using it within Google, but it is not an official Google document.

Fairly clearly, the AP has been very positive, rating three “A” or “A+” stories about YouTube. VentureBeat, on the other hand, only scored a B in our coverage — perhaps we were a little more critical. 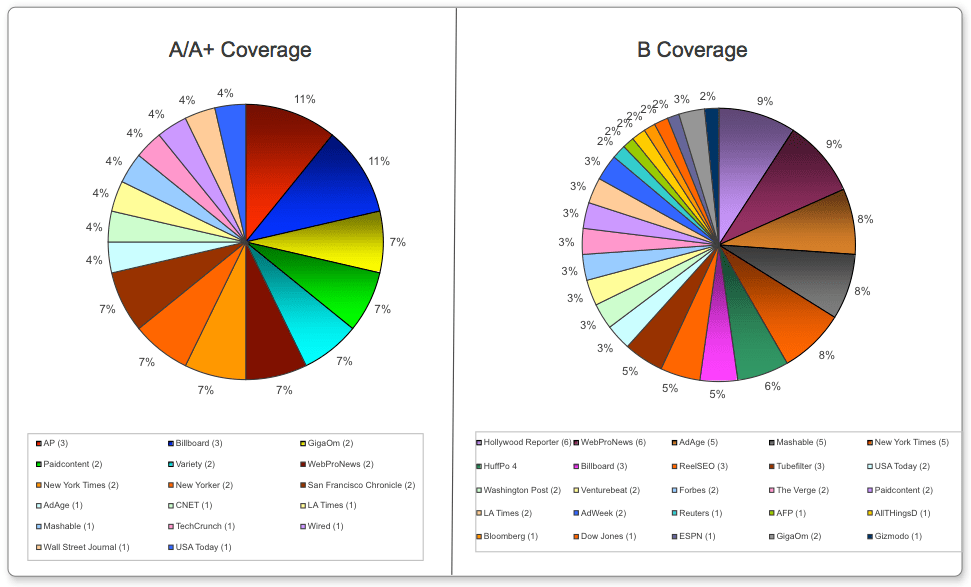 Google seems to have set a goal of how many articles it wants to see published in top tech news outlets, and says “at the half year mark we’re 65 percent to our 1,000 article goal.” Sadly, while coverage in the second quarter is down — bye-bye PR rep bonuses — the quality is up:

“While coverage dropped by around 20 percent, the quality of coverage (“A” hits) nearly doubled,” the document states.

WebProNews, GigaOm, The New York Times, and Mashable reported on YouTube among the most of any of the news agencies, between seven and 10 times in the quarter. VentureBeat, by contrast, only reported four times on YouTube, and TechCrunch only twice. 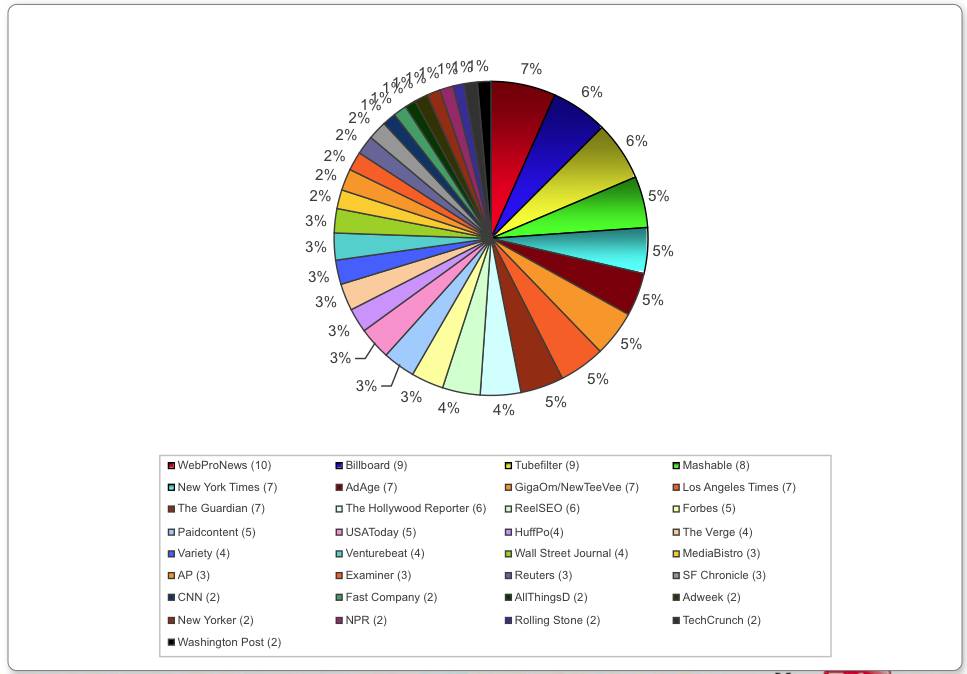 The document also reveals that Google scores its PR reps by how many stories they place into media, while also ranking them by the quality of those stories.

I can only assume, of course, that ‘quality’ refers at least partly to how positive the stories are. However, there is undoubtedly a measure of how in-depth and accurate — at least to the Google PR rep’s perception — the stories are. 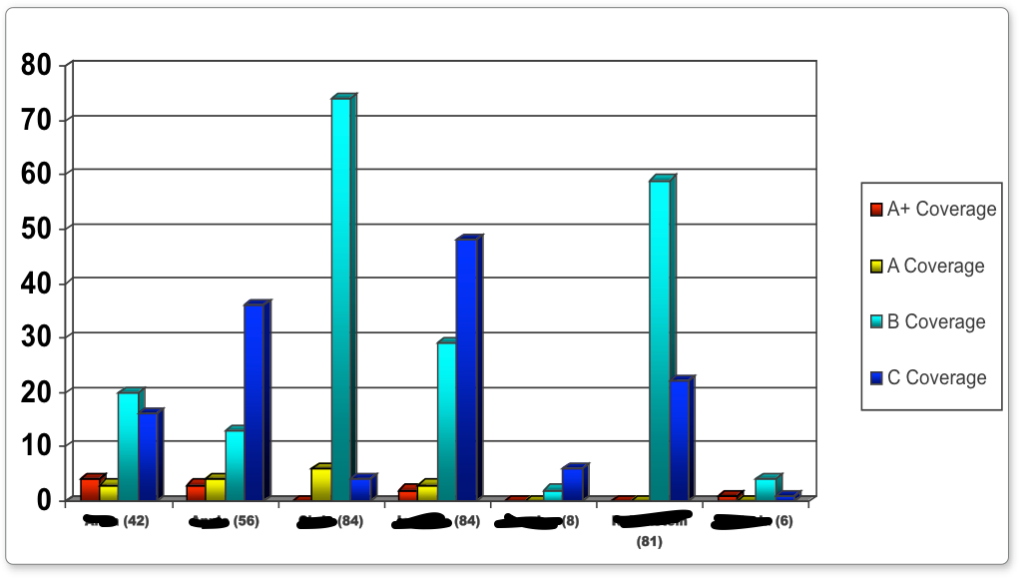 Google also tracks coverage by content: what the stories are actually about.

It appears that the vast majority of the articles written about YouTube, unsurprisingly, are on music and pop culture, with almost 80 each in the quarter. Women’s interests are apparently nonexistent, as are lifestyle and Hispanic issues. Sports is big, with the third-most coverage, as are comedy and education/science/arts. 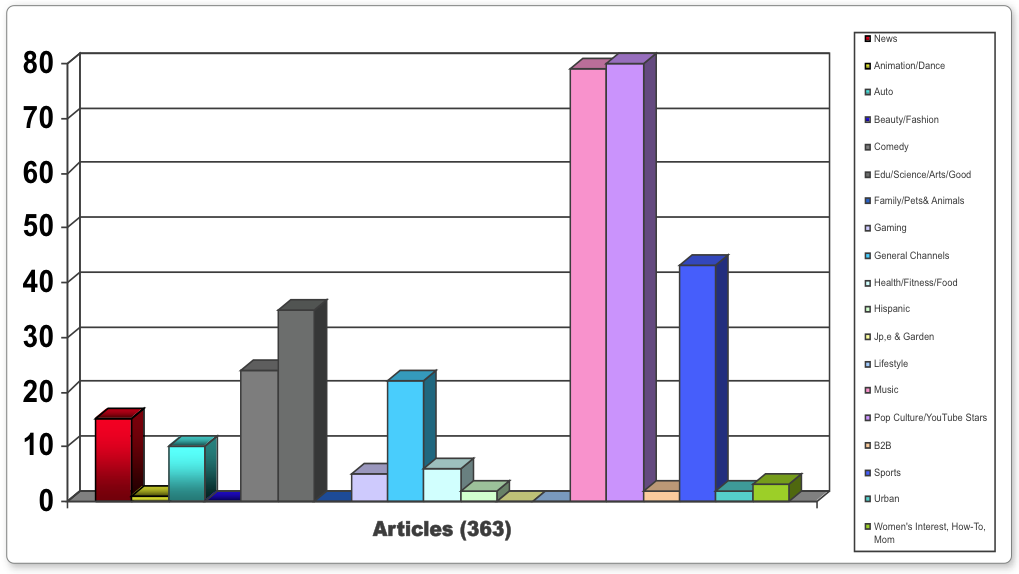 What the documents primarily show, however, is the truth of the old advice your mom gave you when you entered middle school: “Never say anything about someone else that you wouldn’t want to say in front of them.” Smartly, Google has kept track of coverage — who wouldn’t — without adding any potentially-damaging characterizations of the news outlets.

Still, it’s interesting to view yourself through another’s lens.