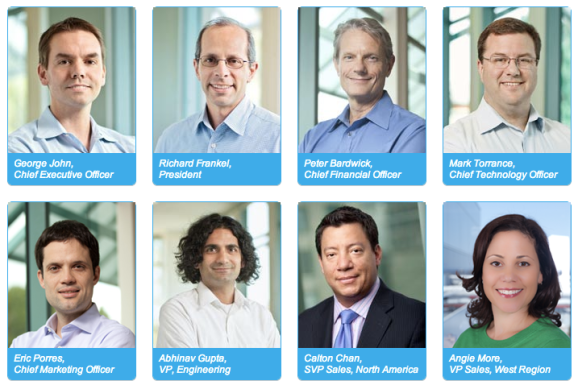 The founders and executives of Rocket Fuel are about to get much richer.

Ad network and data-analysis company Rocket Fuel is planning a $100 million initial public offering, according to documents filed with the SEC.

The S-1 filing is still missing a few key details, such as the anticipated price of the stock and the hoped-for valuation of the company.

According to its website, Rocket Fuel is the “fastest growing advertising-technology company in Silicon Valley.” It has raised a total of $76.6 million to date from investors including Mohr Davidow Ventures, Labrador Ventures, Northgate Capital, Summit Partners, and Nokia Growth Partners. Its most recent round was for $50 million in June, 2012. It was founded in 2009 by Yahoo veterans George John, Richard Frankel, and Abhinav Gupta.

Rocket Fuel’s business is simple: Purchase advertising impressions from ad-network exchanges and sell them at a markup to its customers, who pay the company for enhanced customer targeting. Using that model, it was able to turn $41 million of media costs (advertising purchases) into $92 million in revenue for the 6 months ending June 30, 2013.

Rocket Fuel uses artificial intelligence, predictive modeling, and data-driven targeting, among other buzzwords, to improve ad targeting for its customers, which are brands and advertising agencies. It currently has 784 active customers.

After the IPO, it hopes to trade under the ticker FUEL. It has not yet selected an exchange.