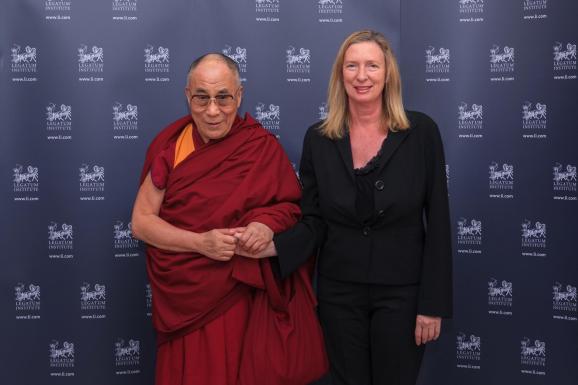 Razoo CEO Lesley Mansford is highly skilled at getting people to donate to charity. For the past two years, this veteran gaming executive has applied her expertise to fundraising for non-profits, and now Razoo is entering the world of peer-to-peer donations.

Today the company announced that it is extending its platform into the peer-to-peer space, allowing people to give directly to other people for a good cause. People can now create or donate to individual fundraisers through Razoo.

“Statistics show that 85% of people worldwide say that they have been affected by the economic downturn in some way, which augments the need for personal fundraising,” CEO Lesley Mansford to.d VentureBeat. “‘Giving’ is inherently part of the sharing economy, and this update allows individuals to share with one another for causes not necessarily tied to a charity.”

Razoo previously worked exclusively with non-profits. Over 14,000 organizations collectively raised $165 million through the platform. Its record Giving Day raised $16.5 million for a consortium of causes in Minnesota. As crowdfunding became more popular and the sharing economy took off, Mansford saw an opportunity to open up Razoo’s fundraising power to a wider audience. She said people can fundraise to support a family member’s emergency medical bills, help pay back college loans, fund housing for a summer internship, or help pay for a friend’s wedding.

Crowdfunding generated 1 million successful campaigns and $2.7 billion across the globe in 2012. Kickstarter is the most well-known crowdfunding site. Its reward-based platform helps people fundraise for creative projects. Since then the market has exploded. The number of crowdfunding sites has grown exponentially and there are sites dedicated to specific topics like health, real estate, consumer goods, student loans, and startup financing.

Crowdfunding-for-causes is an important part of the ecosystem. Rally.org is a notable example, as well as Watsi, which was the first nonprofit to participate in Y Combinator, and startups like GoFundMe, Benevolent, and HopeMob. Razoo is throwing its hat into this ring as well.

“We believe that peer-to-peer benevolence will continue to augment nonprofit fundraising and become a significant category of giving in the future,” Mansford said. “Razoo wanted to empower everyday philanthropists to show they care and provide tools to provide help to anybody who needs it, regardless of the cause – because not all needs are tied to a charitable organization.”

Razoo stands out because it structures the fundraising campaigns like contests with deadlines, hourly goals, strategies, leaderboards, and prizes to keep people giving money and engaging with their social networks to raise even more. Mansford said the contest itself can become addictive, which gets people more excited and involved. Even people who don’t achieve their fundraising goals will still receive the money.

Razoo was founded in 2007. It is based in San Francisco.