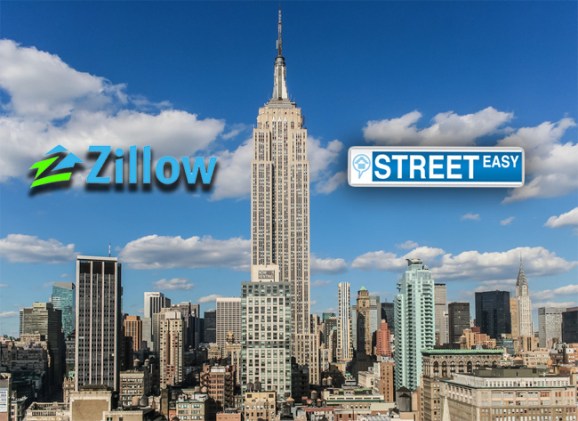 Real estate listings giant Zillow is having a busy Monday.

StreetEasy and Zillow work in just about the same way: Both sites let users search for new homes using a variety of criteria and filters until they find the best match. In StreetEasy, these filters include New York-specific factors like how far listings are from subway stations and whether the listings are in school zones.

The deal makes sense for both companies: For Zillow, buying StreetEasy means grabbing a significant chunk of the hyper-competitive New York rentals market, and for StreetEasy, getting acquired means having the resources to accelerate its product development.  (Though it was launched seven years ago, StreetEasy only has 34 employees.)

Zillow’s acquisition comes a few weeks after it reported record second quarter revenue of $46.9 million, up 69% from the same quarter last year. The company did, however, post a loss of $10.2 million, due largely to costs related to marketing and acquisitions.

While Zillow’s press release doesn’t say how the acquisition will be structured, it looks like the company plans to leave StreetEasy alone. That’s probably a good idea considering how strong the SteetEasy brand is among real estate brokers in New York.

Rounding out its busy Monday, Zillow also announced that it has applied for a follow-on offering of 2.5 million shares of Class A common stock, the revenues the company hopes will help it make some more purchases down the line.