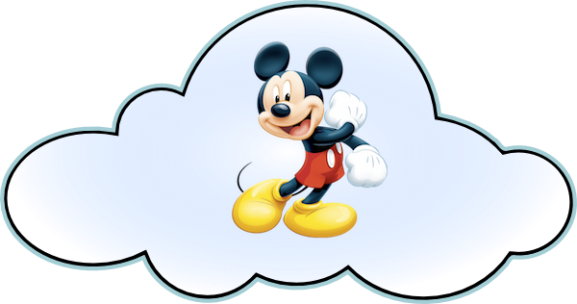 Disney is supposed to be a magic place. In its movies, people end up getting along.

But when Disney sought recently to build out its cloud infrastructure, it was faced with being the bad guy: Choosing one technology vendor over the other.

The market for cloud infrastructure is a huge one: Hundreds of billions of dollars be spent by companies on this over the next few years. Amazon AWS, a public cloud provider, is fighting against a pack of opponents, such as Rackspace, Google, CloudStack, Eucalyptus, Open Nebula, and scores more for that business — each offering their own flavor of the cloud.

For customers like Disney, there are too many services. Do they want a public cloud, a hybrid cloud, a multicloud, or private cloud? Well, sometimes companies don’t want to be forced to choose. They want to cherry-pick the best from more than one cloud.

This is what Walt Disney did. We’ll be hearing Disney’s story at CloudBeat 2013, our event on Sept 9-Sept. 10 in San Francisco that showcases revolutionary cases of cloud adoption by companies.

A sprawling entertainment and media organization with movies and other operations worth $110 billion, Disney looked at the needs of its business and decided it wanted to build a private cloud. By being private, Disney would own its cloud outright and have greater control.

But according to system architect Peter Lopez, things got more complicated after that decision to go private.

In Disney’s proof of concept work, the service from CloudStack became an early favorite. CloudsStack technology has emerged with some of the largest customers when it comes to the private cloud, including the likes of Zynga and Nokia. Disney’s Lopez said he consistently got CloudStack running the way he wanted it to — and far faster than OpenStack, one of the market’s leading alternatives to CloudStack. Disney found it could deploy the CloudStack service in days but needed weeks with OpenStack. Part of this came down to Disney’s particular set of requirements and the other technology investments it had already made.

So far, so good. But the Disney team also wanted to add an object storage technology to their private cloud. But for this, Disney preferred some tools coming out of OpenStack’s object storage project, Swift. Indeed, one reason why OpenStack, an open-source project, has become so popular is that its many contributors have offered rich functionality. Swift is one example.

So rather than settle for second-best, the team at Disney worked with Citrix, the partner offering the CloudStack technology to make sure they could pull in the OpenStack Swift technology to work with their cloud.

The result, as you’ll hear at CloudBeat, was a crossing of the chasm that sometimes divides these competing open-source cloud projects. Disney, as Lopez will tell us, now enjoys fully functional CloudStack private cloud, tightly integrated with a highly capable object storage from Swift, as offered by a company called SwiftStack.

The lesson: Sometimes the choices that face us in cloud deployment aren’t as stark as appear. Increasingly, cloud providers are moving to offer layers of technology that stand on their own enough that they can be integrated into other technologies. This enables companies to choose the best tool for the job regardless of where it comes from.

At CloudBeat, we’ll hear from Lopez, Disney’s system architect and Sameer Dholakia, the VP and GM of the cloud platforms group of Citrix; and Joe Arnold, the chief executive of SwiftStack.

Notably, elsewhere at our event, we’ll be hearing from executives like Randy Bias of CloudScaling, who believe that such moves by Disney may make sense for now but ultimately they don’t make sense in the long-term. Bias calls the CloudStack-Swift integration a “Franken-cloud” because customized integration between Swift and CloudStack takes work, is not easily replicable and and can not achieve the economies of scale of more seamless integration. He says the Franken-clouds will exist for now, but these will eventually die.