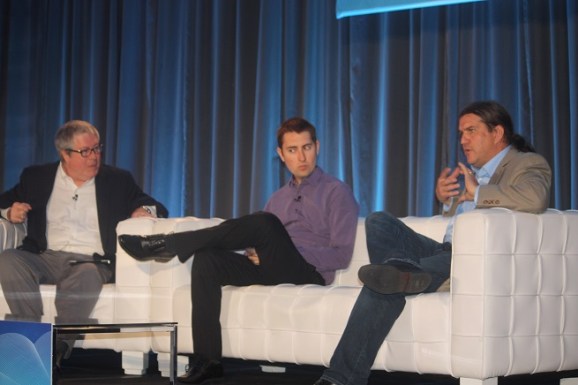 CloudBeat 2013 speakers from FireBase and SimTable described how their technology can help fight real fires in real-time using advanced collaboration and simulation software. Not only are users able to view simulation data quickly, they can interact with it, too. 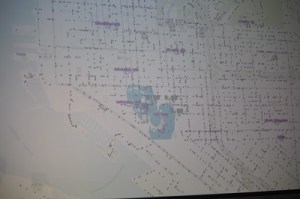 Above: Cloud firefighting with real maps.

Stephen Guerin, the CEO of SimTable, said his team created a simulation that merged real-time fire data with a mapping service that can show emergency responders exactly what’s happening with fires, toxic spills, and other disasters. His company sims situations like contamination plumes so that firefighters can figure out which way the wind will blow the plume and what areas they must evacuate. They can overlay the data on a map of real-time traffic patterns in a city to determine the impact of traffic as well. Guerin showed a demo of the simulation on stage at CloudBeat 2013.

Once firefighters do so, they can effectively communicate those evacuation orders via the simulation as others battling a blaze log in and see what must be done. The firefighters can use cellular data services to log into the simulation even when they are out in the wilderness.

The simulation is built on infrastructure as a service provided by FireBase. Under the hood, the real-time events come from one browser and are communicated to another browser without needing to go through a backend. The technology is in place and is being used to battle wildfires such as the one that the Rim Fire savaging Yosemite National Park.

James Tamplin, the founder and CEO of FireBase, said his firm has created a real-time backend service that offloads a lot of engineering work from its clients who assemble a massive amount of data. It was founded in 2011 and went through the Y Combinator incubator. And it raised $5.6 million in funding from Union Square Ventures and FlyBridge Venture Capital.

Stephen Guerin, the CEO of SimTable, said his company started using FireBase about 18 months ago because it enabled the real-time collaboration without having to invent all of the backend work itself. FireBase collects data and synchronizes it to all users in real-time.

The goal is to be quicker at saving property and lives.

“We save them an immense amount of time, out of the box,” Tamplin said. “Stephen’s team provides the best emergency management tools. We alleviate half of the engineering effort and he can focus on the product. They don’t worry about servers and databases. They just write the code.”

The technology is also expected to be useful in real-time strategy games, whiteboard sharing, and social live messaging.