As 2012 slumped into 2013 and the bloom dimmed and Apple’s stock rotted and Apple CEO Tim Cook sent nothing new out of the kitchen and the luster faded and the faithful began to grumble, it began to be suggested in some quarters — perhaps, could it be, even by me — that Apple had lost its muchness, à la Alice on her Wonderland journey, part deux.

Then the iPhone 5S arrived this past weekend. And Apple said, basically, “How’s this for muchness?”

Well, I may not believe as many as six impossible things before breakfast — let’s have lunch first, eh? — but Apple has pulled off a masterpiece in the detailed, perfected, refined iPhone 5S. It’s the muchiest iPhone ever.

And yes, the company that Steve built still knows how to build ’em right. 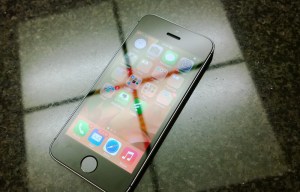 Physically, the 5S is almost identical to the year-old iPhone 5.

If that’s a flaw, than Rodin should not have made more than one Thinker; the 5 is about as ideal a phone size as you can get if you want one that fits in your pocket and works effortlessly with one hand. The only differences are the featureless home button and the larger, two-element flash unit on the back … and, of course, the new colors: gold, silver, or space gray.

Briefly, on “space gray.” If there’s one thing goofy about the new iPhone 5S, it’s the “space” gray. It’s charcoal, thank you very much.

Using basically the same body as the iPhone 5 means the screen is still the same: a high-quality, 4-inch, 1,136-by-640 pixel, 326 pixel-per-inch screen. You can get bigger, and you can get higher pixel density, but it’s hard to get better. And it also means that the volume buttons, headphone jack, Lightning port, speaker grills, and on-off switch are either identical to the 5, or close enough to not matter.

It’s the inside that matters, your mother always told you. And though you’d never know from an Apple product, apparently Apple believes it, too. 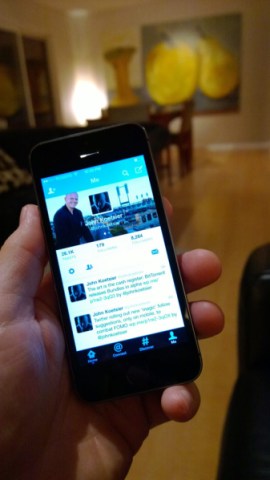 That home button that looks slightly larger without the rounded-corner square printed in it (but isn’t) is a “Touch ID” fingerprint scanner that I immediately scanned both my thumbs on, and my kids insisted on scanning theirs. It worked without fail after taking some time getting used to it — a click (and hold down) will bring up Siri, but the Touch ID scanner needs a click-and-release, but with your thumb staying in contact with the home button.

Is it faster than unlocking on the iPhone 5 or 5C? No, but it’s definitely more secure.

Apple says that half of iPhone users don’t use passcodes to secure their phones — yeah, that’s me, too — and this provides a way to secure your phone without having to punch in an annoying passcode all the time. It’s limited to five people, though (or five fingers), so after my two thumbs and my three kids’ one-finger-each, there wasn’t enough room left for my wife’s thumbprint.

Touch ID is interesting from a personal standpoint, and it approaches fascinating as you consider the possibilities for mobile commerce and banking, but it’s probably like manna from heaven for enterprise. Companies that until now have been forcing their employees to change their passcodes every month “because it’s more secure” can now simply rely on Apple’s new fingerprint technology.

In addition, the camera, which looks identical, is a new five-element lens with bigger pixels capturing more light and making better pictures, while remaining at 8 megapixels. This is likely the best new feature of the iPhone 5S for most. It’s huge because mobile phones are eating the traditional camera market, and nothing is more common now that people holding up their phones and snapping pictures.

With the larger pixels, a methodology borrowed from digital SLRs, the iPhone 5S’s pictures simply capture more light and take better shots — in some cases vastly better shots. For instance, these were taking in truly awful light conditions, at night, in a dark room, with backlighting — pretty much a horror scenario for photographers:

That new flash is a two-element gizmo that matches the flash needs to ambient lighting conditions. It results in fewer overexposed images in low-light high-flash scenarios and more natural skin tones. You can see that the iPhone 5S did a vastly better job than the iPhone 5, and also than the iPhone 5C (which features the same camera as the 5), in capturing the subject even in a difficult situation.

The other, major yeah-I’d-pay-money-for-that new feature in the iPhone 5S is the beefy 64-bit chip that powers Apple’s new top of the line smartphone mobile processor, the A7 chip.

There’s no two ways about it: This chip is a monster.

The new A7 doubles up on the iPhone 5’s no-slouch A6 chip’s performance, blasting through benchmarks like SunSpider, which focuses on Javascript speed, and GeekBench, which is intended to simulate real-world conditions and test multiple CPU cores. Even more impressively, it displays serious desktop-class chops by holding its own with low-end Atom and Intel chips that go in cheap laptops and what we used to call netbooks.

In other words, it’s amazing.

That kind of power enables Apple to push that new camera to the limit and capture stunning 120 frames-per-second slow-mo video at 720p (it’s regular video quality is full 1080p). Which enables you do much cooler things than this:

As an ice hockey coach, I plan to use this to shoot slo-mo video of my players shooting the puck, to analyze their motion, and help them improve their mechanics and shots as a result. As a parent, there’s all kinds of cool applications. And yeah, my kids are thinking of some fun ones, too, most of which will probably end up in complete and utter destruction of this expensive new iPhone 5S. 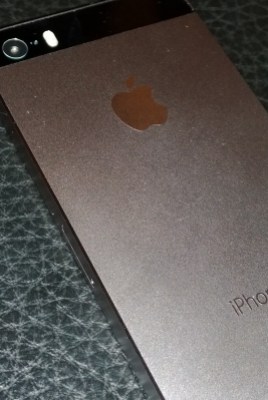 Honestly, however, aside from video and high-end games, most apps on the iPhone 5 launch and run at just about the same speed as on the iPhone 5S — which may change over time as more apps take advantage of the faster 64-bit architecture. One of the phrases Apple used when reviewing the new device with me last week was “future-proofing.”

64-bit processing is something that Samsung embarrassingly said it was working on, too, when Apple announced the iPhone 5S, without bothering to check whether Android itself supports 64 bit (it doesn’t, yet). All the Apple apps and iOS 7 are optimized for 64-bit already, so you may notice some speed improvements even now. (It’s also worth noting that Samsung is building the A7 chip for Apple, as it did for the company’s last few mobile processors.)

iOS 7, as I’ve said before, is the essence of less.

Despite a few minor irritations that will require some rethinking of how you use your phone and a new look that takes some time to grow on at least some people, it is still the best mobile operating system on the planet. And on iPhone 5S, it sings.

One of the big surprises from the iPhone 5S for me is real two-day battery life.

The caveat here is that I may not be the typical smartphone user: Most of the time, my phone is within range of one of my Wi-Fi networks, and for a lot of calls in my home office I use Skype. That said, I’ve always had to charge my iPhone 5 every day or day and a half, and the iPhone 5S is finishing up its second day with at least 20 percent of battery left.

The audio quality is better: Voices are crisper and cleaner, and there’s less background noise. I completed a call in my car on speakerphone while the phone was in a holder and my Bluetooth was MIA, and my friend could hear me throughout the conversation.

The big surprise for me was the new free software that Apple is offering with all new 5S and 5C iPhones, which is basically iLife plus iWork for mobile: iMovie, GarageBand, iPhone, Keynote, Pages, and Numbers. This is a very nice little package of software that adds $30 or so of value to every phone and gives you a very quality suite of software for work as well as for digital memories, and it’s a big bonus for businesses, who won’t have to buy more software to ensure their personnel can receive, create, and edit high-quality documents on the go.

It shouldn’t be a shocker that Apple released an amazing new iPhone. And that Apple didn’t also release a flying car, pretoasted insta-bread, or a brain implant that makes you 50 percent smarter while enabling you to exercise on autopilot for the body of a Greek god doesn’t make it any less of a gorgeous, powerful, smart device.

The real question is whether the 5S is the device that Apple needs to push back the barbarian hordes of green robots that have invaded the world.

The answer to that, simply, is no.

But the iPhone 5S is a no-brainer upgrade for any consumer wanting a new phone, especially if you have a 4 or 4S, and is also a smart choice for any business looking for a safe, secure, simple mobile operating system that will keep its corporate data and networks secure.

And Apple does have another solution for those barbarians — and maybe some others.

Simply put, however, for those who want the ultimate iPhone — and just maybe the ultimate smartphone — the iPhone 5S is definitely full of Apple’s best, and it’s the clear first option.