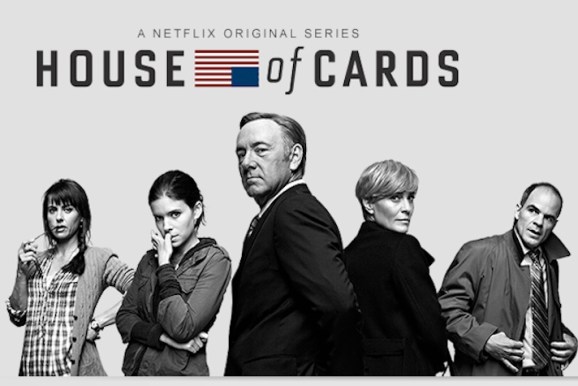 Bruce Friend is president of media and entertainment at Vision Critical.

House of Cards may not be this year’s Emmy darling, but the show already made history and was my personal favorite new show of 2013. The political drama, along with Arrested Development, made record breaking numbers this year to become the first digitally distributed series (through Netflix) to earn major Emmy nominations.

Last week’s Emmy’s closed what was already a triumphant first season for House of Cards — a season that has been both a commercial and critical hit. But, here’s something you may not know about the David Fincher, Beau Willimon-produced show: it almost never saw the light of day.

“We went out to all the major networks with House of Cards, and every single one was interested in the idea, but every single one wanted us to do a pilot first,” Kevin Spacey said during a speech given at the Guardian Edinburgh International Television Festival. “Netflix was the only company that said, ‘we believe in you. We’ve run our data, and it tells us our audience would watch this series.’”

Given the tremendous buzz that House of Cards received during its premiere, it’s hard to imagine other networks passing on the show. And, Spacey thinks this is precisely why the TV industry’s traditional pilot model is outdated. According to the actor, of the 113 pilots made last year, only 35 were chosen to go to air and only 13 were renewed.

Spacey’s comment underpins that Netflix has become the coolest kid on the TV block. Mostly due to its investment in original programming and stellar shows, Netflix reaped rewards from Hemlock Grove, the Arrested Development reboot, and the female-centric drama, Orange is the New Black.

So what is driving the success of these Netflix shows?

In his Edinburgh speech, Spacey put forward his theory: “The audience wants the control. They want the freedom. If they want to binge as they’ve been doing on House of Cards and lots of other shows, we should let them binge.”

Spacey’s outlook piqued our curiosity at Vision Critical, so we ran some numbers to test his hypothesis. We looked at the phenomenon of TV streaming and original programming in America and examined the factors that drive the popularity of TV streaming. We also set out to understand the implications of the streaming phenomenon for advertisers, broadcast networks and consumers.

We also wanted to investigate how consumers felt about Spacey’s second claim — one that has been the focus of much of the ensuing coverage:

“I predict in the next decade or two, any differentiation between these platforms will fall away. Is 13 hours watched as one cinematic whole really any different from a film? If you watch a TV show on your iPad, is it no longer a TV show? It’s all content. It’s just story. And the audience has spoken. They want stories.”

Spacey’s remarks imply that quality shows are what audiences really want. Spacey may be right, but original programming has yet to become the engine driving viewers to binge-friendly streaming platforms like Netflix.

In our investigation, we found that less than half of streaming users signed up because of shows they can’t access anywhere else. People seeking greater convenience still vastly outnumber users that subscribe to streaming services for original programs. One possible reason is that original, high-quality programming is still a relatively new trend. The most talked-about straight-to-Netflix programs were birthed only last season.

So why are streaming and video download services investing millions in original programming now? It is for the same reason HBO, Showtime and now Starz started doing to join the bandwagon. When I was at HBO in the mid-eighties, we realized that with the advent of home video and 200 plus channel cable services, first-run theatrical movies were going to be available everywhere by the mid-nineties. To maintain its subscriber base, HBO went from being content distributor to a top-quality content creator, producing its own “must-see” shows available only to subscribers.

Today, streaming and video download services are at a similar crossroads that HBO was at a few decades ago. These businesses understand that in the next decade, all video content will be distributed in the same fashion, as the lines between broadcast, cable, satellite and internet-based services merge into one.  At that point, if Netflix and similar providers haven’t developed their own exclusive video content, brand image and positioning, they will risk being marginalized by a plethora of lower-cost, ad-supported competitors.

So, as streaming services introduce more original programming (and as audiences take note of last night’s Emmy results) these programs will become increasingly important drivers of streaming subscriptions and purchases.

Whether driven by content or by viewer convenience, streaming is poised for continued growth. Data shows that paid streaming or downloading services are disproportionally more popular among millennials, with 40 percent of the 18-to-34 viewers subscribing to Netflix (compared to 27 percent in the overall population).

Young adults are also more likely to use BitTorrent, best known as a way of pirating video and music. BitTorrent’s popularity among millennials is likely driven by the lack of cost, but it could also be about the accessibility. New show episodes are often available almost immediately on BitTorrent sites, while it may take months before they make their way to streaming services.

In any case, the popularity of Netflix and BitTorrent among millennials highlights the importance of understanding these viewers and the generation after them.  Advancement in technology requires all content creators and distributors to tune in to the dynamic viewer preferences and determine how to make the delivery of their content more convenient.

Spacey and our data give streaming services, content creators and viewers reason to be hopeful about the future of paid and even ad-supported, on-demand content. As Spacey put it, give people what they want, when they want it, in the form they want it in, and at a reasonable price and they’ll more likely pay for it rather than steal it. The 46 percent of Americans who now pay for streaming services are proof that he’s right.

Bruce Friend is president of media and entertainment at Vision Critical.