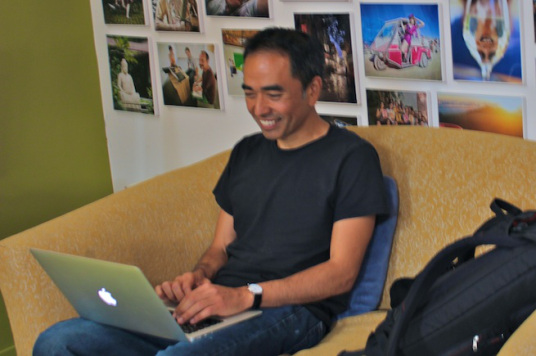 Tony Espinoza has stepped down as the chief executive of Couchsurfing, with the news announced in a blog post today.

Director of member experience Jen Billock has been appointed as the interim CEO, as the board begins its search for the replacement. The blog post stipulates that Couchsurfing doubled its user-base under Espinoza’s leadership. However, TechCrunch reports that the company was recently forced to layoff engineering staff, and faces a dangerously high monthly burn rate.

Couchsurfing’s history is particularly interesting, as we reported in our startup culture series. The company connects travelers with strangers willing to spare their couch. It raised $15 million in venture financing in a round led by General Catalyst Partners, after transitioning from a nonprofit to a B corporation.

Espinoza, who began his career at Apple, and went on to work at MTV Networks, has not yet updated his LinkedIn profile to reflect the move. It’s not yet clear where he’ll go next.

The business model has never been entirely obvious to me. Couchsurfing makes money from its identity verification service, and claimed at the time of its funding announcement that it would be “exploring other options.” The company did not respond to my request for more information about the layoffs and revenues, only directing me to Esponiza’s blog post, and Billock’s response. Billock writes:

I’m honored to be offered this opportunity, and to shepherd Couchsurfing, along with all of you, as the board conducts a search for a long-term CEO. Thanks for being here with me. I look forward to spending time with you all in the next few days as we continue to build momentum. My door is always open, and I’m always happy to talk, day or night.

Read the full text of the blog posts here. We’ll update you as we learn more.