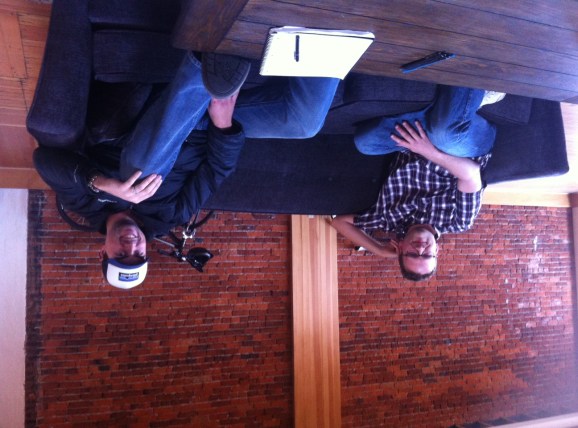 BEND, Ore. — Companies have been sharing files in clouds for years, but that doesn’t mean the big players in the field can’t cede some room for a lower-profile entity like startup Droplr. Investors are betting Droplr will be able to pick up enterprise business by doubling down on pleasant user experiences.

The company has secured more than $475,000 in seed funding from Seven Peaks Ventures, a new venture fund that primarily invests in early-stage Oregon startups. Droplr’s seed round is still open and has a $1.25 million target, according to a filing with the U.S. Securities and Exchange Commission.

The new cash will go toward growing the company and expanding its market, a spokeswoman told VentureBeat by email.

Droplr is one of a dozen or so companies that have come out of Bend-based startup accelerator FoundersPad, where Seven Peaks’ managing director, Dino Vendetti, is a mentor. The company is one of five finalists that will be competing at the angel-focused Bend Venture Conference on Friday; winning the conference would net $250,000 for Droplr.

Customers paying for the Pro tier of service can do “private drops,” which permit password protection for files and turn out longer URLs for files. “It makes it something that to randomly guess would be next to impossible, pretty much, because of the long, obfuscated nature of the links,” said cofounder and chief technology officer Levi Nunnink.

But that might not be enough to put IT overlords at ease. Good thing Droplr is preparing an on-premise version of its software, so companies can keep files in house. Droplr will also allow customers to generate reports on how users share, view, and download files.

Nunnink and Bryant started the company in 2009 while working together for Ancestry.com. They needed to exchange mockups, screenshots, contracts, raw code, and other properties. “We were working with each other over Skype, and we needed a better tool for that (sharing),” Bryant said.

File sharing isn’t exactly new. Dropbox, Box, Google Docs and several others have been racking up revenue by enabling that service. Citrix’s ShareFile and LeapFILE also show up on the competitive field. Droplr aims for elegance and ease of use in its native apps for Mac, Windows, and iOS, which integrate with other apps on users’ devices.

Like Dropbox, Droplr counts on Amazon Web Services for storing users’ files. But Bryant says Droplr’s cloud foundation isn’t its most important quality. Instead, what matters is the simplicity of Droplr’s application-programming interface, or API, that will be the same behind-the-scenes system for pushing and pulling files, on premise or in the cloud. As a result, users can run the same native applications (for iOS, Windows, and Mac) regardless of whether the data is living on premise or on AWS. The only real change, Bryant said, is “the API endpoint they’re connecting to just happens to be a different URL.”

Teams at big-name companies have already been using Droplr. Large online publishers and advertising agencies participated in a two-week pilot program for businesses, and customers include a Fortune 100 electronics designer and a Fortune 500 apparel and recreational-product designer. Sounds good, and now the company wants more.