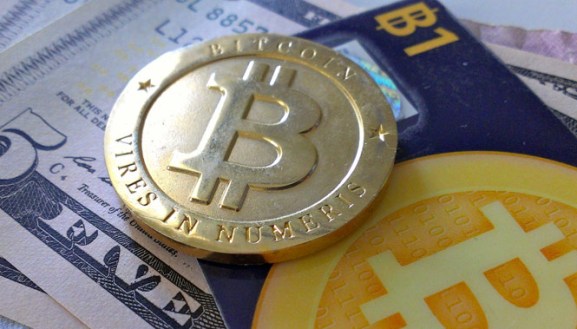 Michael Terpin is the co-founder of BitAngels and CEO of SocialRadius.

Depending upon whom you ask, the recent shuttering of Silk Road, the murky, underground railway for digital transactions involving real-world drugs (and other illicit products and services) and arrest of its 29-year-old founder (with more alleged intrigue than an episode of the new NBC potboiler, The Blacklist) is either:

A) The best thing that ever happened to Bitcoin and digital currency in general, as the largest known purveyor of using its protocol for nefarious reasons is now in jail, and the rest of the world’s Bitizens can breathe a sigh of relief as they go back to buying alpaca socks and mining equipment, or…

B) The beginning of the end for Bitcoin, as “once the regulators have you in their sites, you’re pretty much finished,” according to an executive at a large, traditional money transfer company I interviewed at last week’s Money2020 conference who, unlike his currency preference, preferred to stay anonymous.

In reality, both scenarios may be true, in alternating fashion.

Austin-based serial entrepreneur David Johnston and I formed BitAngels in late May of this year to bring a structure to angel investing in this great new wave of innovation. We both believe we are still in the early days of digital currency, about where the Internet was with the 14.4k modem. Like the early days of the Internet, there are huge naysayers. Back then, there were legitimate concerns that advertising would not be allowed on the Internet – either by regulators or by the university –ensconced “netheads” who thought the Internet should remain unspoiled of commercial aims. Billions of dollars of ecommerce and online advertising later, we know how that battle ended.

Similarly, according to one of its early investors, PayPal in its earliest days had investigations by nearly every state about its legality. Today, PayPal is regarded by most consumers to be as benign as an ATM, and yet we are seeing this process play out again with a more recent innovator, Square (not to mention Uber and AirBnB).

And so will likely go Bitcoin. I’ve just seen this movie too many times.

Here are my personal predictions for what will spike the price and what will crash it. It will take the worst cases of the crash scenario to actually kill off Bitcoin (it certainly won’t be US regulation, as the demand and usefulness in solving real-world financial issues is much more severe in countries where the majority of people have cellphones, but neither bank accounts nor credit cards). While the majority of the BitAngels surveyed see prices rising over the coming years — hence their desire to invest in the Paypal and Intel and Google of the Bitcoin Era — most also recognize that the price rise will continue to be a series of spikes and crashes, although nearly all believe that the bottom price gets higher with every crash and the top will get higher with every run-up.

The Bad (scenarios that will hurt Bitcoin, at least temporarily):

The Good (scenarios that will drive Bitcoin price and volume higher):

A fully licensed, established money transmitter adopting Bitcoin: Be it eBay’s PayPal (oh, the irony), Western Union or Moneygram (who briefly worked with ZipZap and, by extension, BitInstant), a fully licensed mainstream transmitter with a track record of compliance in both AML (anti money laundering) and KYC (know your customer) regulations would undoubtedly lead to a new wave of usage among heretofore tenuous early adopters, both on the consumer and merchant side.

Limitations on moving wealth outside national borders: The single largest cause of upward movement in the history of Bitcoin was the collapse of the Cyprus banking economy. Bitcoin became the preferred way to move money out of Cyprus and route around those national banking rules. How many locals would like to move wealth out of Afghanistan, Iran, Syria, even Argentina?

Reasonable regulation in the U.S. and Europe: If the rules are made simpler and easier to follow (while maintaining the basic principles of AML and KYC), innovation will flourish and the Bitcoin economy will support thousands of new companies.

A U.S. Treasury bond default: This would give “In Crypto We Trust” new meaning.

Michael Terpin is the co-founder of BitAngels, the world’s first angel network for digital currency startups, and CEO of SocialRadius, one of the nation’s first social media marketing firms. Terpin also founded Internet Wire (now Marketwired), one of the world’s largest and most technologically sophisticated company newswires.