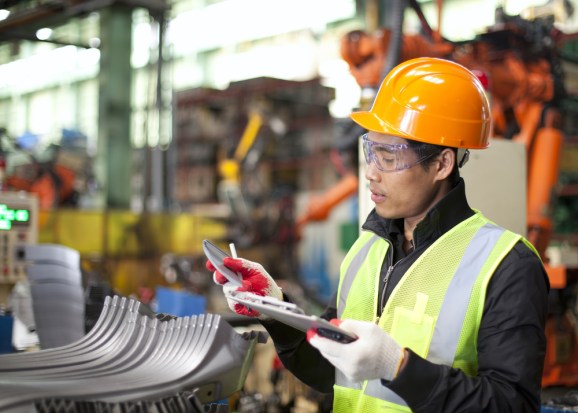 Arnav Anand is an Entrepreneur-in-Residence and Research Scholar at UC Berkeley and founder and CEO of ResolutionTube.

Which country do you think manufactures the largest share of goods in the world? For those of you picturing the “Made in China” label you see all the time, your guess is wrong! It is still the United States.

The U.S. consistently produces more than 18 percent of the world’s total manufactured goods, while China comes in at a close second. According to the National Association of Manufacturers (NAM), manufacturing is still one of the strongest pillars of our country, contributing nearly 12 percent of U.S. GDP. It is a $1.8 trillion dollar industry and provides employment to 17.2 million individuals. (Disclosure: I’m founder of an IT-enabled manufacturing company, ResolutionTube.)

In Silicon Valley, the home of Facebook, Google and other rapidly growing tech companies, it is easy to get lost in the tech space and forget the other important core industries such as infrastructure and manufacturing. Last year I was invited to various manufacturing focused conferences all around the country. In my interactions with fellow speakers and delegates at the conferences, I was startled by two important observations:

Living in the Valley, I have observed that the fast pace of innovation and adoption by tech-sector enthusiasts has created a situation, at least within the maturing apps-industry. That is, further innovation in the consumer space is now difficult to find.

What other factor could drive smart entrepreneurs to dedicate the best years of their life and highly skilled expertise to build a social network for pets or another picture app for food?

These phenomenal entrepreneurs often overlook the large number of critical problems in the IT-enabled manufacturing space wherein their contribution would be highly valuable in creating substantial economic value for the sector and society as a whole. It has been widely researched that manufacturing job creation has one of the highest “ripple effect” factors. For every job created in manufacturing, six more are indirectly created as a result.

Simultaneously, in the enterprise space, there is a large gap between the use of technology in the sales and marketing vertical, and the use of technology in manufacturing. This is especially true of the use of mobile and cloud computing. In a widely discussed Wall Street Journal article by Marc Andreessen titled “Why Software is Eating the World,” he discusses how software innovation is disrupting various legacy industries. In my view it is time for software to disrupt the manufacturing vertical via IT-enabled manufacturing.

As mobile and cloud computing have already disrupted other enterprise verticals such as sales and marketing (Salesforce, etc.), it holds even bigger promises in manufacturing. With the help of various technology tools, one can simplify the current manufacturing processes by building various productivity enhancement tools, collaboration and communication tools, manufacturing big data analytics platforms, and others. That is the premise behind IT-enabled manufacturing.

As a first time entrepreneur one might have a very large vision, but it always helps to look for ways to start small. That way, the company can sustain itself and execute effectively on the path to building a large empire. For all the bootstrapping entrepreneurs, IT-enabled manufacturing presents the same opportunity to start a company from a garage rather than setting up a manufacturing workshop requiring hundreds of thousands of dollars, but with all of the same industry-shaping opportunities as the latter. This presents gigantic opportunities for entrepreneurs who are aware of the manufacturing space.

In the recent State of Union Address, President Obama emphasized manufacturing and encouraged “America to be a magnet for new jobs and manufacturing.” He also talked about the phenomenon of “re-shoring,” citing specific examples of Caterpillar and Ford, and announced the opening of three new manufacturing hubs.

Arnav Anand is an Entrepreneur-in-Residence and Research Scholar at UC Berkeley and founder and CEO of ResolutionTube. He previously served as the Director of Business Development at Orbees Medical and held various manufacturing leadership positions.