Just in September, Twitter acquired the last piece of the puzzle it needed before going public: a digital ad exchange. Twitter bought MoPub for a reported price of $350 million in stock.

That stock may now almost double in value. 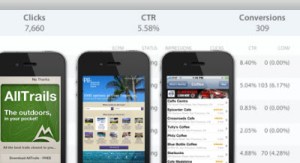 In early price discovery on Twitter’s IPO day at the New York Stock Exchange, Twitter is hovering between $43 and $47 per share, a massive pop from its initial pricing of $26 a share, and an even more massive leap from its initial share price estimate of between $17 to $20.

That values the company at close to $30 … and at $45 a share makes the value of the MoPub acquisition a very nice $593 million.

MoPub was a great choice for Twitter, since it’s a mobile-focused ad exchange, which provides a marketplace for ad buyers and ad space sellers to purchase mobile advertising — as well as some desktop inventory. And as we now know, Twitter gets approximately 65 percent of its revenue on mobile.

It’s early in the IPO process, but given where Twitter stock is starting to find a market, it’s looking more and more like Twitter was a great choice for MoPub too.

We also plan to use MoPub’s technology to build real-time bidding into the Twitter ads platform so our advertisers can more easily automate and scale their buys. We’ll maintain the same high quality standards that define our platform today. Our approach is to show an ad when we think it will be useful or interesting to a user, and that isn’t changing.