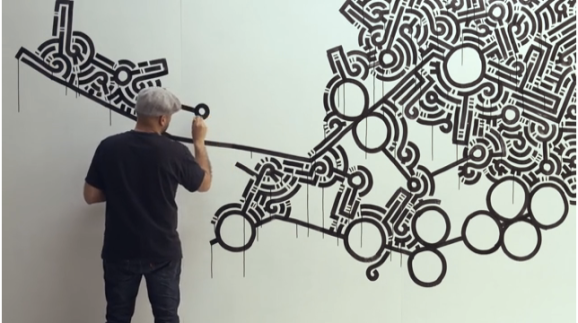 A still from the Free the Data video

For decades, one company owned the data for people tested for a gene that is linked to ovarian and breast cancer.

Many scientists believe that the patenting of this gene stunted medical innovation and delayed discoveries that could have helped us understand and more effectively treat various forms of cancer.

But in June of this year, the Supreme Court issued a landmark ruling to open up the data to researchers and declared that human genes should not be patented. At the center of the debate was a biotech giant called Myriad Genetics, which had patented its discovery that two genes — BRCA 1 and BRCA 2 — are associated with breast and ovarian cancer.

It was a huge victory for the research community, many members of which believe that the decision was about 20 years overdue. In the immediate aftermath of the Supreme Court’s decision, a group of health providers joined forces to launch an initiative called Free the Data.

Free the Data opened its medical dataset to the public this week. The goal is to accelerate research and improve our understanding of the root causes of cancer.

“It was very unfortunate that something as frequent, as common as hereditary breast and ovarian cancer should be analyzed and interpreted in a closed black box manner,” said Richard Nussbaum, a chief at the division of Genomic Medicine at the University of San Francisco, in a video describing the initiative.

“To me that’s just not good medicine,” he continued.

Free the Data is run by a consortium of health organizations, including the Genetic Alliance, UCSF, and Captricity.

Patients are asked to upload their data and for information about their genetic mutations. They can then set their own preferences for how this data can be shared. Privacy is clearly a potential concern for some patients, but Free the Data proponents are hoping to mitigate fears by setting clear guidelines.

Genetic Alliance chief Sharon Terry is firmly against any one corporation owning or patenting genes. She says the Free the Data initiative will benefit minority communities with rare genetic mutations (it’s still not clear whether these mutations are associated with cancer) and physicians who could use it to make better treatment recommendations for their patients.

Terry is working closely with clinician researchers at UCSF, including Nussbaum. “They know that if they can see all the pieces of the puzzle, they will advance care for the women and men they serve,” she said.

The timing for Free the Data is also ideal, given that the White House has committed support and financial backing to open data projects. By providing anonymized medical information to researchers, the hope is that they can find patterns, trends, and potentially usher in the next wave of medical discoveries.

Get inspired by the Free the Data movement by watching the short video below.